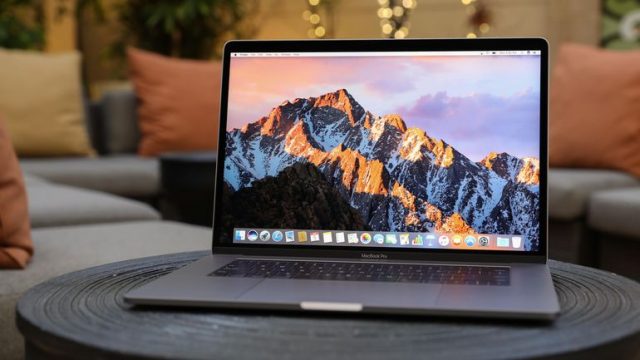 Apple is expected to unveil a new line of MacBook models during the nearby future and it looks like one of them has just been spotted on GeekBench. The device is listed as “MacBookPro14,3” in the listing which leads us to believe that it will ship with a 14.3-inch display.

However, the most important piece of information that’s been unveiled in this GeekBench listing is the fact that Intel’s Core i7-8750H processor will fuel Apple’s upcoming MacBook Pro.

The reason why tech companies such as Apple list their upcoming devices on GeekBench is because they want to find out just how powerful they are. The best thing about GeekBench is that everyone can see all devices which are being tested.

Therefore, Apple’s not-yet unveiled MacBook Pro scored a whopping 22,316 points in the multi-core test. This is super impressive and it shows us that the upcoming device will be able to handle all types of heavy-duty tasks such as video rendering and multi-tasking for example.

In addition, MacBook Pro also scored 4,902 points in the single-core test and while this might seem like a low number, readers should keep in mind that MacBook Pro’s new processor features six cores.

The last thing we need to note about the new MacBook Pro is that the GeekBench listing unveiled that it will feature 32GB of DDR4 RAM. This is double the amount of what the current 2017 MacBook Pro models feature.