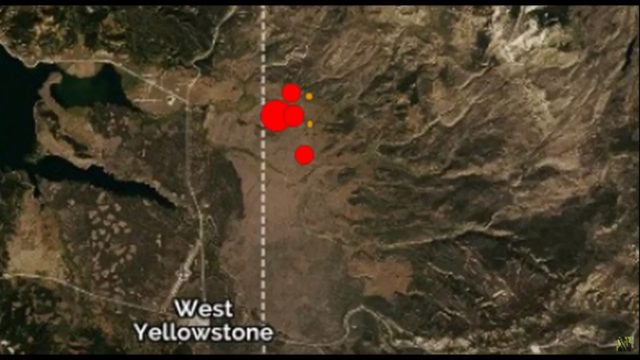 Yesterday a 4.5M earthquake hit America. The news in itself may not be so impressive, but the big issue here is that Yellowstone was affected too, since the earthquake centered on the famous National Park. The park is famous both for the natural beauty you will find there and for the super volcano.

Though this piece of news may seem particularly worrying, we have no actual reason to do it. Most likely, the earthquake belongs to a longer series of movements that are caused by magma moving through the crust.

USGS (United States Geological Survey) explains in a press release that there was a light earthquake of a 4.5 magnitute that hit the Us on June 15 at 6:48 PM. The epicenter was found in the Yellowstone National Park, which is 8 miles towards NNE of West Yellowstone in Montana.

This earthquake is actually more of a reminder that the volcanic system found under Yellowstone is still up and running. This is not something we should take lightly, since one day the entire system may erupt again, and we should be ready to deal with that.

It is important to remember that eruptions can be some change catalysts, both locally and globally. They are in fact emissions of volcanic material. For this reason, Yellowstone is seen as being especially dangerous for this reason, if not the most dangerous in the world.