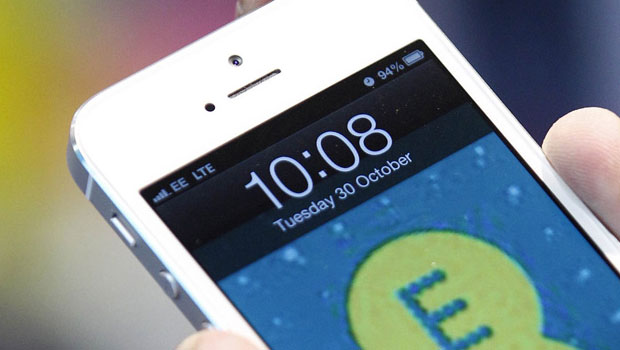 We see all kinds of daily advertisements from network operators, that invite people to buy 4G subscriptions with speeds of over 100Mbps. There is nothing true. 4G speeds do not exceed 10Mbps on average and generally provide download speeds of 3 to 6 Mbps. But 5G will provide speeds of 100Mbps indeed, allowing users to download 3D movies in about six seconds and mobile playback of 4K or 8K video in the same time.

5G is a step forward from the standard 4G, which was introduced by the telecommunications industry in 2008. As each step foreword to a new generation of mobile technology gear happens every ten years, is expected that the new standard to be introduced by 2018, when Olympic Games in South Korea take place.

However, what is 5G? 5G is the 5th generation in mobile telephony speed. With this, download speeds increases six times, latency orders via wireless signal will decrease significantly, films and videos will load faster and sites will respond to your commands in a blink.

There are no 5G standards at this moment and American mobile operators like AT & T and Verizon are working diligently to implement infrastructure that could support 5G speeds. Also the Europeans are busy working on antennas, boosters, databases and other critical infrastructure components that can receive 5G signals in the next four or five years.

But still, what’s the difference in numbers? Highest 4G standard speed in the real world is between 10 and 15 Mbps, while 5G promises speeds of over 100Mbps. As I said at the beginning, do not be fooled by the “cosmic” speeds over 150Mbps of 4G commercials, because those are the laboratory speeds under perfect conditions and not what we see on the street, in the metro, home, and so on, where speeds are infinitely smaller.

Yet there is progress in implementing 5G. Although interim developments already exist in telecommunications, such as mobile antennas equipped with LTE (Long-Term Evolution) offering actual standard speeds of 17Mbps, those are not truly the evolutionary step towards 5G speeds.

Currently, 5G is only in research stage. For example Huawei and Ericsson are experimenting with 5G speeds in rural areas in the Netherlands, and the British established a research center for the development of 5G speed at the University of Surrey.

Radio antennas emitting 5G signals will operate at almost 20 times higher frequency than those of most 4G emitting antennas. For example, during experiments in the Netherlands, antennas that broadcasted 5G radio signals with 73,000 MHz frequencies, compared to the maximum 3.500MHz of most 4G antennas today.

That would mean that any physical closeness of such antenna would involve electromagnetic radiation with extremely serious consequences. So no wonder why Huawei and Ericsson are experimenting with such devices in remote rural areas, where the access is limited. Although the signal that you will have in populated areas will be “good”, this will mean a greater concentration of passive radiation hazard. You can see films in 4K, but your health will be affected. However, do not imagine Chernobyl scenarios here, 4G signal already has a harmful effect only that with 5G the situation will worsen.

Another technical problem is linked to high-frequency signals in general. Like WiFi wireless systems, 5G has an extremely low penetrating power and loses its power when there are more walls in its path. In fact, the signal transmitted with a higher frequency penetrates much less and covers a smaller area.

We must not forget that and SIM card manufacturers will also have to move to new standards of speed. If until now you were the proud owner of a micro SIM that was compatible with 4G speeds, probably sometime in 2018 you will have to change it. 5G Internet will be available probably in 2019-2020.