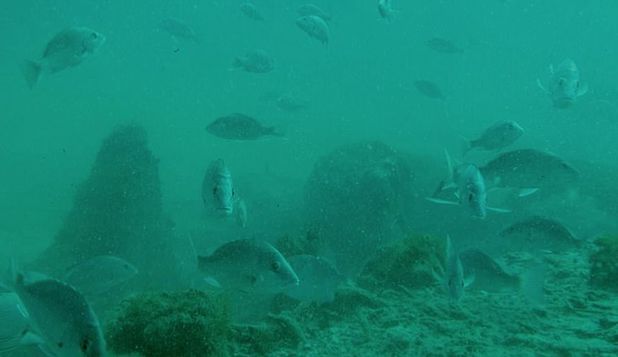 Hidden 18 meters below the surface of the Gulf of Mexico, researchers have discovered a cypress forest that still has its roots anchored in the land where it has grown for more than 50,000 years. With its intact shape and bark, ancient trees are probably millennia in a row covered by sediments that have protected them from decomposition before they were uncovered by Hurricane Ivan in 2004.

Researchers who investigated the area estimate that the forest dates back to the Glacier Age 60,000 years ago, while the climate was cold and the sea level was 121 meters lower. Mail Online notes that the area is 24 kilometers from the coast of Alabama, but it has been covered with sand for hundreds of years.

At present, the “strange underwater world” is full of marine life, like a coral reef. “Everything is in its place in this ecosystem. It was buried and preserved over time”, said Professor Kristine DeLong of the LSU Department of Geography & Anthropology. The remarkable way in which it was preserved is due to the presence of thick sludge that did not allow the penetration of oxygen. Without oxygen, decomposition could not take place, says specialists.

Using sonar technology, researchers have been able to discover a larger number of trees buried 3 meters below the sediment. By collecting samples from the cores and carbon wood dating of the wood, the experts estimated that the forest lived 50,000-60,000 years ago. Also, the samples collected and dried in the laboratory have revealed the existence of another amazing relic, a thousand years old.

The whole area will be featured in a new documentary titled “The Underwater Forest” by AL.com.