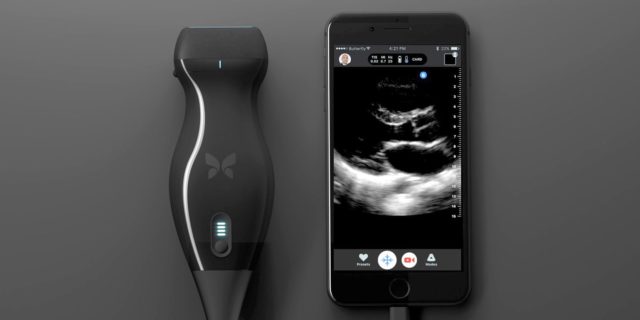 Technology is constantly evolving and it is used everywhere, from science to education. And the best thing is that it becomes easier to use and more people are gaining acces to it. The best example is the Butterfly IQ, an ultrasound device that uses 9.000 small drums into a semiconductor chip.

John Martin, a vascular surgeon was one of the person that tried the Butterfly device, and, to his surprise he discovered more than he would have expected. His throat made him feel uncomfortable as it was thicker than usual so he used this device along his neck.

The device delivered the results to his smartphone and he immediately spotted a three-centimeter lump in his throat. “I was enough of a doctor to know I was in trouble,” Martin explains.

The surgeon was officially diagnosed with squamous-cell cancer and has undergone a surgery and radiation treatment. Afterwards, he praised the device and its features. “To look at this as just an ultrasound device is like looking at an iPhone and saying it’s just a phone. If you have a window into the body where anyone can afford it, everyone can use it, and everyone can interpret it, it becomes a heck of a lot more than an ultrasound device,” Martin says.

Could this be the future?

The Butterfly IQ device first appeared in 2011, and it is one of the first ultrasound devices that does not use the old crystal method. It appears that the company plans to put this device on sale and customers should be able to purchase it for $1,999, which is the cheapest option on the market at the moment. Right now the company has already gained ,more than $100 million.