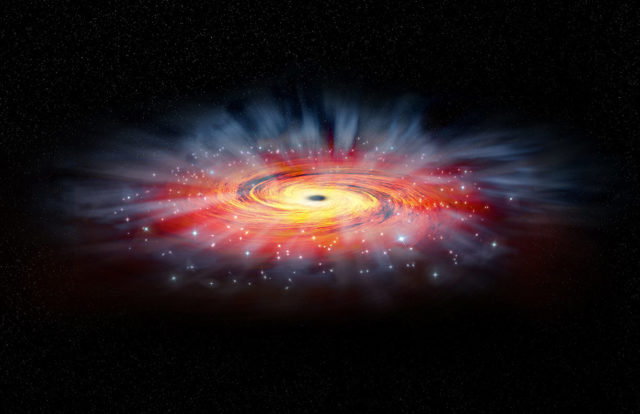 A black hole 100,000 times more massive than the sun right in the center of the Milky Way has been discovered by scientists. Scientists believe that it is a special type of black hole which has never been identified before, but many scientists have hypothesized about their existence.

Intermediate-mass black holes (IMBHs) have long been the talk of scientists and were believed to have been the missing factor in explaining how the super massive black holes are formed.

According to a new study published in Nature Astronomy conducted by Tomoharu Oka at Keio University, proof of a possible IMBH was found. A strange molecular cloud was detected in the center of the Milky Way. The cloud has unusual properties which scientists believe to be the result of a gravitational blow caused by a compact object of the size of 105 solar masses. The discovered cloud is the second IMBH candidate within the Milky Way and the second largest after Sagittarius A.

Implications of the discovery

At the same time, the studying of supermassive black holes will help scientists understand more of the universe. According to theoretical studies, over 100 million black holes exist in the Milky Way. Identifying more of them increase the chances of proving their existence. Scientists will continue their research in the hopes of further detecting these high-velocity compact masses.