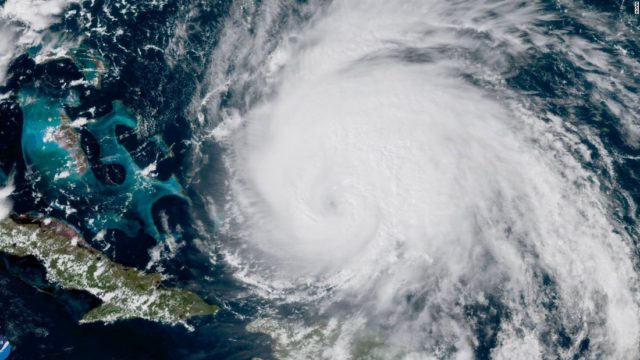 It’s a known fact that travellers would enjoy the sparkling ocean life on Mosquito Bay, which is one named after an amazing pirate ship sent in Vieques, Puerto Rico. But these days there’s nothing there but the frogs.

Hurricane Maria resulted in the devastation of the little island, destroying any kind of power systems, tearing apart homes and harming the bioluminescent bay. This bay is one of the brightest on the planet and the fact that the water turned dark a few weeks after the disaster, it’s just such a shame.

Be that as it may, gradually, it’s beginning to sparkle once more, as the sensitive parts of the bay recover after the hurricane.

In water, there’s a single-celled fish that can glow in a blue-green colour when it’s irritated by something. It’s called Pyrodinium bahamense. The awesome part is that if you try to move your hand through the water, you will see a gleaming light. More than that, when the bay reaches its glowing state, you can see what kind of fishes swim in the water, by the shape of the glow. Fish hopping over the surface leave a trail of iridescent sprinkles. This glowing is said to be their way of defending themselves, which can be found both in plants and animals. They can also give warnings if bigger predators are around.

In any case, these violent storms demolished the light show. Rain disturbs the inlet’s chemistry with loads of crisp water.

Furthermore, high breezes can really put the gleaming creatures, driving them enough to get into the open ocean. And the problem with these hurricanes it’s that they steal the glowing it takes it a lot of time to come back.

Contamination is really having a greater effect than hurricanes, though. So it’s really our fault, too.