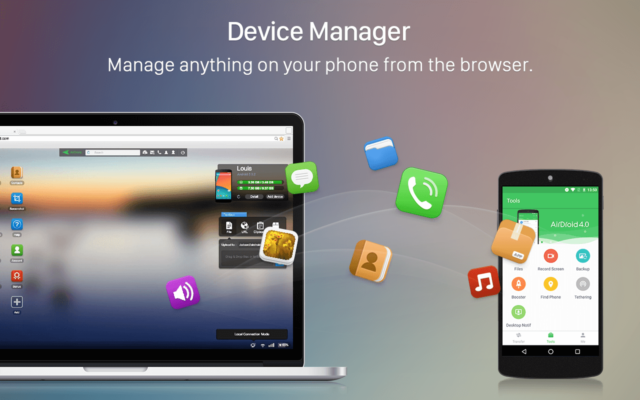 Google’s Android operating system is amazing and there’s no doubt about that. Android is in a never-ending war against Apple’s iOS, but the thing that gives Google an edge in this fight is that Android is more versatile. What we mean by this is that the Android ecosystem is larger, and people will not have any problems syncing their Android devices to let’s say, Microsoft’s Windows 10 or a smart TV as an example.

Since we are talking about Android devise and synchronization, we need to mention AirDroid. This is a great app that’s going to make the life of Android device owners so much easier because it allows them to control their Android phone or tablet from Windows or even Mac.

The reason why this app will prove to be so useful is because it basically gives people the ability to perform calls, send texts or even check out apps which will be mirrored on their large computer screen at the same time. This is a great feature for business people who don’t have enough time to stay focused on two devices at the same time.

Use Android Apps on PC

As previously mentioned, AirDrop users can synch their Android devices directly with their preferred PC operating system. Although, we also need to mention that AirDrop can be used to perform full backups which will make sure that people never lose any important file, document or text conversation.