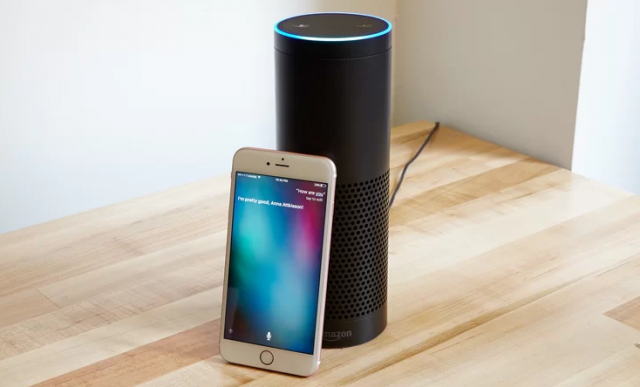 Apple was one of the first companies to introduce an AI assistant to its flagship smartphone. The AI assistant is called Siri and it’s one of the key selling points of all the latest generation of iPhones. However, other companies such as Amazon and Google started heavily investing in AI technology and created better assistants.

Amazon’s Alexa is regarded as the best AI assistant and from the looks of it, Siri is being left behind. Therefore, Apple is doing its best to do improve Siri with new features such as “shortcuts” which will be introduced by the upcoming iOS 12 update. Nonetheless, Amazon wants to expand Alexa’s range and a new update has just made it available on iOS.

Even though Alexa is not replacing Siri on iPhones because Apple wouldn’t allow this, a new update is making it possible for iPhone owners to control Alexa directly from their handheld device.

Alexa fans who have downloaded the official Amazon iOS app will be able to give it vocal commands such as to play music, search for information and schedule meetings.

“You can ask Alexa questions, listen to music, access skills and control smart devices — you know, the standard Alexa fare. Queries like weather, sports, calendar and movies will also offer up a visual component in the app,” report the folks at TechCrunch.

As previously mentioned, Apple is doing its best not to be left behind when it comes to AI technology. iOS 12 will introduce a new feature called Siri shortcuts. A great example of what the new feature does is when an iPhone owner says he will be going home, Siri will automatically set the home thermostat to an enjoyable temperature and let iPhone owner’s family know he is coming home by sending out a text.