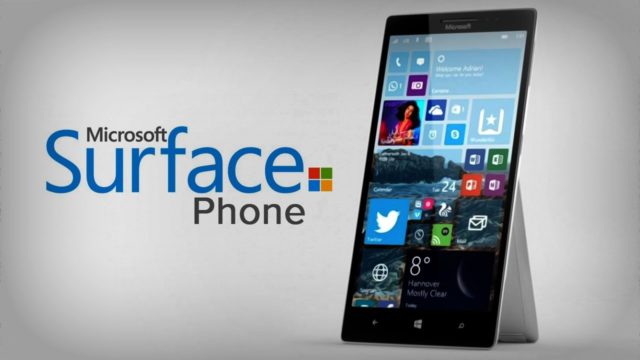 In a time where a quality phone means performance, speed and an outstanding appearance, most products that are recently launched must obey these standards and live up to the user’s expectations. For this reason, Microsoft Company has impressive plans for its dedicated users: a complete-touch experience phone, as well as high-definition display.

Microsoft has been working on this product ever since the beginning of 2016 and as the time passed, the fans built up a lot of expectations and eagerness and now the famous Microsoft Surface Phone became one of the most anticipated phones of 2017.

Rumors of the release of Surface Phone started a long time ago and only towards the end of 2016, the CEO of Microsoft finally spoke out about the fact that the device is in the works. However, thanks to other smartphone manufacturers and also the users’ curiosity, a lot of leaked information and assumptions were made known to the public.

The Surface Phone promises a lot of innovation and it is supposed to change people’s perspectives about the smartphones nowadays. To be more precise, Microsoft’s Surface Phone offers a glimpse into the future.

A Device That Can Be Folded

What is outstanding about the upcoming product is that Microsoft intends to integrate foldable technology in this device. Moreover, the phone will supposedly come equipped with a dual rear camera, that will offer the user an enhanced photography experience as well as Microsoft’s stylus pen. What is rumored about the operating system that the phone will either have installed Windows 10 or even Snapdragon 835 from Qualcomm.

The Phone Is In The Works

Microsoft’s CEO, Satya Nadella, stated in 2016 that they are currently working on a product that has not been seen in the smartphone market before and that is meant to be the ultimate mobile phone.

Nonetheless, when Microsoft will release its new model it will definitely have to face fierce competition from the other mobile phone manufacturers that are also releasing new models such as Apple’s upcoming iPhone 8, Google’s Pixel 2 and Pixel 2 XL or Samsung Galaxy S8.