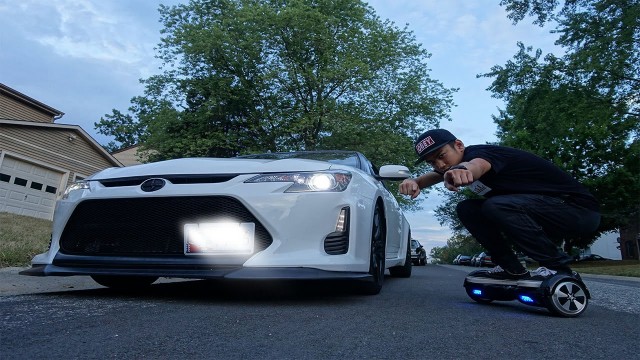 Companies rarely opt to destroy their products. However, considering that Amazon hoverboards can catch fire, the company recommends that customers dispose of them.

“We are sorry for the inconvenience that we may have made, but  your safety and satisfaction are the top priorities,” wrote representatives in emails to customers. Also, they were told to go immediately to an authorized gadget recycling centre, and they will receive their money back in three days.

Despite the initial popularity of futuristic gadgets, a closer look at their method of construction was made quite clear that there are some serious challenges in terms of safety. Earlier this month, the agency that regulates commercial standards in the UK reported 15,000 hoverboards unsafe after London Fire Brigade warned that three fires had been started in 10 days. Also, airlines have banned the devices on board, according to Yahoo! Tech. If. However, if you are one of the brave who hold it, the BBC have compiled a small list of measures that should be respected in order to use it in a safe method.

Great Britain is not the only country that has reported problems with gadgets that had still so much potential. Product Safety Commission in the United States released warnings regarding safety plates (or lack of it, rather). The Amazon factories require more specific documents and evidence that hoverboards fall within all safety standards prior to market them.