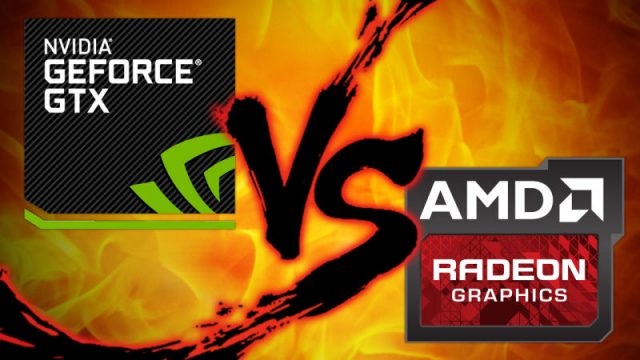 The Game Developers Conference starts on 27th February and that’s when all the major hardware manufacturers will come together and unveil their upcoming products. This GDC event is renowned for usually being software centric but it looks like this year, software will not be in the spotlight anymore. The reason we are saying this is because both NVIDIA and AMD have announced that they will attend the event and that they have something big prepared for it.

We can be sure that everyone’s attention will be set on NVIDIA and AMD because both their events are held in the same day. The second day of the event will be when everyone’s going to be able to see NVIDIA and AMD’s latest hardware offerings.

AMD is the one that’s going to start first. The company wants to keep the “Capsaicin” tradition that started last year. AMD’s Capsaicin event will start at 10:30 A.M. and it will be live streamed from Ruby Skye. The hardware manufacturer confirmed that the event will be filled with new VR technology and new game graphics.

Everyone is hoping that AMD’s highly anticipated Ryzen CPU lineup will also make an appearance during the show. While we can’t know that for sure, we do know that AMD’s CEO announced that the Ryzen lineup will be launched in early March.

On the other hand, NVIDIA’s event will be taking place during later hours. The GeForce GTX Gaming Celebration event will being on 6:30 P.M. and it will last until 11:30 P.M. Unlike AMD, NVIDIA’s event might not be live streamed. The whole tech community is expecting NVIDIA to unveil GeForce GTX 1080 Ti during this event. This GPU was first slated to come out during CES 2017 but sadly this didn’t happen.

AMD Vs NVIDIA: Who Wins?

While AMD might have the upper hand since its event will take place during the day, NVIDIA will surely strike back strongly. These two are the biggest hardware manufacturers in the world and everyone will be paying close attention to their GDC 2017 event. Regarding who wins, we will be able to find that out on February 28th.