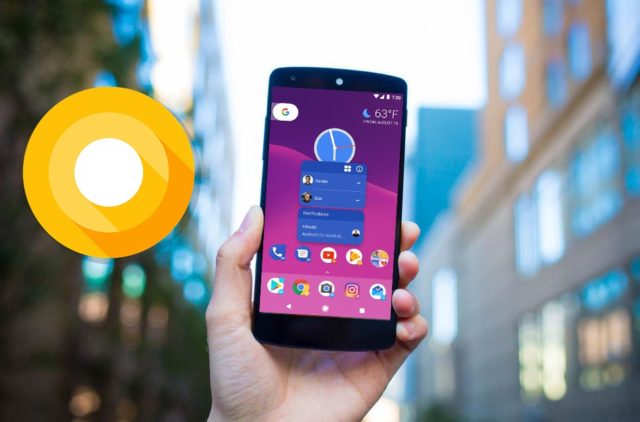 Many technology fans already know that the latest version of Google’s Android mobile operating system has been launched in August 2017. Although Android 8.0 Oreo has been announced for a while, the final version is still being tested on most available smartphones. Each producer managed the time for rolling out the new system differently.

Next you can see an overview of devices which are getting Android Oreo and their current status.

Google Pixel and Nexus devices are the first which received Android 8.0 Oreo:

Since Google began rolling out Android 8.0 Oreo to its Nexus and Pixel devices back in August 2017, now systems like Google Pixel 2 XL, Pixel 2, Pixel, Pixel XL, Pixel C, Nexus 6P, Nexus 5X, and Nexus Player are all on Android 8.1 Oreo.

Samsung Galaxy S8, S8+, Note 8 and others have also been updated to Android 8.0 Oreo

Samsung has already begun a beta program for Samsung Experience 9.0, a new version based on Android 8.0 Oreo. Now, the program is only available on the Galaxy S8 and S8 Plus from countries like South Korea, the US, and the UK.

As we speak, Nokia 8 is the only phone that is running Android 8.0 Oreo; the others are on the Oreo beta already. We mention Nokia 6 and Nokia 5. Nokia 3 and 2 will also get Android Oreo.

Devices like OnePlus, OnePlus 3, 3T, OnePlus 5 and 5T have also been updated to Android Oreo 8.0

OnePlus is famous for releasing OxygenOS 5, which is based on Android 8.0 Oreo, for the OnePlus 3 and 3T. The other versions will receive their own updates in January.

Xiaomi devices are expected to join the group of smartphones updated to Android 8.0 Oreo

So far, there’s no word on when popular phones like Redmi Note 4, Redmi 4 and others will get Android Oreo. Until then, the company is inviting users to test out the new Oreo-based MIUI ROM.

Next to the mentioned ones, LG, Honor, Motorola and Sony devices will receive the new Android 8.0 Oreo update in 2018. Keep up with technology and check if your smartphone is up for an update in the following period.