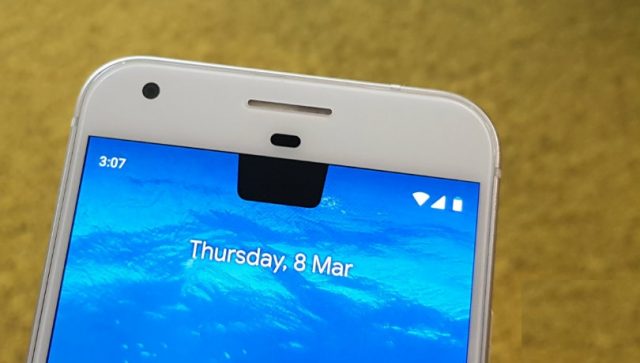 We think it’s safe to assume that the one thing all Android fans are waiting for is Google’s upcoming Android P operating system. Even though the Android parent has been doing its best not to unveil any important information about Android P, we already have a good idea about what to expect. In fact, one of the most talked about Android P features is the top notch.

The interesting thing about the top notch is that Google wasn’t expected to introduce it in Android P. The reason behind this being that Apple basically trademarked the top notch when it launched its innovative looking full-screen iPhone X. However, Google actually has a good reason for introducing this software change in its operating system and today we are going to show you why.

Before we get into what drove Google to equip Android P with a top notch we need to mention that the beta version of the operating system is available for everyone right now. However, we advise Android fans to not rush and get the new operating system since its still in the beta phase and it has its fair share of bugs and malfunctions.

The beta version of Android P has been released so that third-party app developers and beta enlisted users can check it out and see if there are any bugs or software malfunctions that need to be fixed before Google can finally roll out the new operating system to the wide public.

Apple is renowned for being a trend starter in the smartphone industry. In fact, one of the reasons why the Cupertino based tech giant has so many customers is because of the innovative and sleek designs that it uses on its famous iPhone lineup. Therefore, no one should be surprised that other tech companies have decided to “borrow” the top notch from Apple and install it on their latest smartphones.

Huawei P20, LG G7 and Essential Phone are three great examples of Android smartphones that ship with a top notch. Therefore, Google needed Android P to support the notch in order to provide the companies that use its operating system with everything they need. However, Android fans who don’t own a smartphone that ships with a top notch don’t have anything to worry about since their smartphones are not going to be affected by this.

“The operating system’s not pro or against notches. It’s just reality that notches are appearing on hardware and that apps don’t break and that phone designers can make use of the space well” said Dave Burke who is the VP of Android engineering.

Android fans have been outraged when they found about Android P’s top notch feature and Google’s VP of Android engineering felt the need to come out and shine some light on this matter. Dave Burke wanted to assure everyone that their smartphones are not going to change and that Google is simply keeping up with technology.

Why Are Phonemakers Using Top Notches?

Well, the first reason why we are seeing more and more smartphones which ship with top notches is because of the sleek design that they offer. However, this isn’t the only reason. The top notch gives phonemakers the ability to stretch the screen from edge to edge and this enhances the media abilities of the said smartphones. In fact, David Burke said that top notches are basically “the holy grail” right now.

The best thing about top notches is that even though they might seem weird at first, people’s eyes get accustomed to them and they disappear. “Our brains are pretty plastic and get used to notches” added Dave Burke.