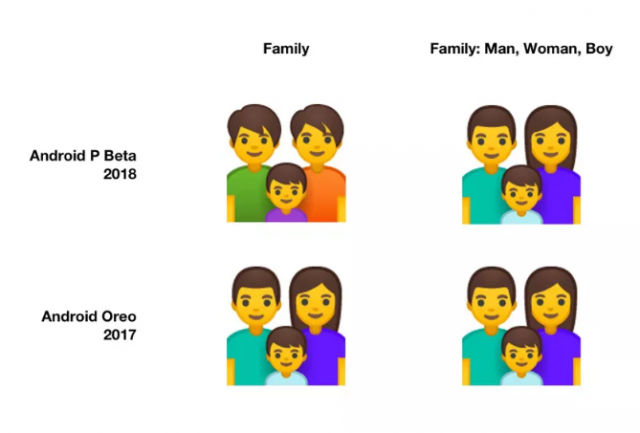 As everyone already knows, Google and Apple are in a never operating system ending war. The two tech giant keep releasing new software updates in hopes of getting the upper hand over each other, but truth be told, Google and Apple somehow always come out as equals.

Just take for example how Apple unveiled that iOS fans are going to receive a slew of new emojis a couple of days ago and Google immediately announced that Android P Beta 2 will also include 175 new emojis and that it has gender-neutral options. Nonetheless, let’s check out what this latest Android P announcement is all about.

Google is currently adding the finishing touches to its upcoming Android P operating system and beta testers can get a glimpse of it ahead of everyone else. The most significant software changes that the upcoming operating system is going to contain are new features and UI tweaks, but Google is also making sure that Android fans can express themselves through new emojis.

The Android parent decided to include 175 new emojis that fans can choose from. The best thing about these emojis is that they include gender-neutral options for couple and family emojis.

We should note that all the new 175 emojis are included in the Unicode Standard and that they are available for beta testers who download the latest update.

The fact that Google added a gender-neutral option for couple and family emojis shows us that the Android parent is doing the best it can to cate to its users’ needs.

Seeing this, Apple also stated that iOS fans should get ready because gender-neutral emojis will arrive to iPhones and iPads in the nearby future as well.