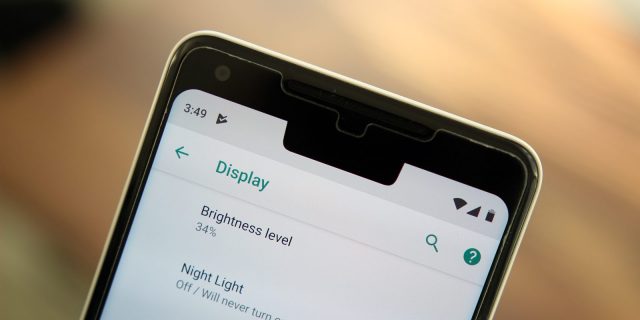 Everyone was speculating about what type of innovations Google is going to introduce with Android P and luckily, the Android parent decided to release the first beta of the operating system so that everyone can see what Android P holds in store for us. Truth be told, the operating system is still in the beta phase and we shouldn’t draw too many conclusions but there are some issues that Google needs to fix ASAP.

Android P has been available for a couple of weeks now and beta testers have unveiled some of the most innovative features that this new operating system is going to contain. Even though most people associate new features with good things, this is not the case with Android P. Some of these features are downright annoying or unnecessary and today we are going to cover them all.

One of the best things about having an Android powered smartphone is how easy it is to find everything you are looking for. The UI (user interface) has been cleverly designed with shortcuts so that users can access everything they want with the simple tap of the screen.

A great example of that is the icon which allowed users to jump from the full system settings panel directly from “Quick Settings”. Unfortunately, Google decided that the shortcut is not necessary and removed it.

The reason why Google did this is unclear and it forces Android users to rely on hand gestures in order to access the panels they want. While this might not be such a big issue, it will prove to be quite annoying in due time. Let’s hope Google listens to the feedback its receiving and adds the shortcut back.

Talking about gestures, Android P introduces a brand-new gesture navigation gesture system. The annoying thing about this system is that it feels clunky, complicated and unnecessary. Google probably wants to keep up with Apple who also introduced a new gesture navigation system alongside with iPhone X, but Android fans are going to struggle with it before they get accustomed.

Another weird navigation system change that Google introduced alongside Android P is related to the back button. The back button is nowhere to be found on the home screen, but it mysteriously appears whenever users open a new app. This navigation feature is also going to take a lot of time before Androids fans get used to it.

If we take a look at the Google’s user forums, we will see that most people are arguing that Google is half-hearted when it comes to the back button. Most Android fans are saying that Google should either entirely remove the back button or let it stay on the screen at all times in order to avoid confusion.

If the aforementioned issues didn’t seem that annoying, this one is surely going to become a huge problem once Google releases Android P to everyone. The issue we are talking about is how many commands Google added to the home button.

The home button is overloaded with seven commands and we are sure that everyone is going to have a hard time memorizing them. For example, the home button can be used to open these following features: Google Assistant, App Drawer, Recently Used Apps and even the Overview Screen.

The fact that Android P is still in the beta phase doesn’t mean that we shouldn’t criticize Google. In fact, this is the perfect opportunity to do that since Google can take all the feedback its receiving and make the right changes.