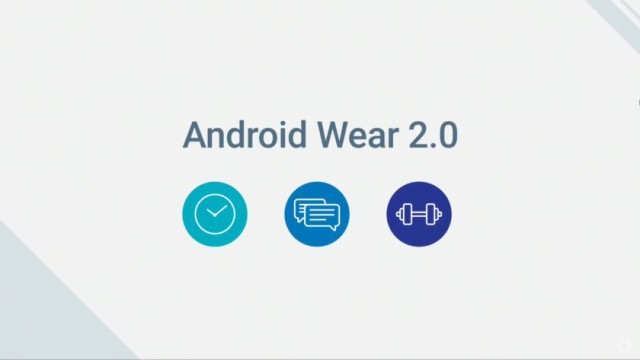 Unfortunately for those who were really curious about what the upcoming Android Wear 2.0 would look like, they’ll have to wait a little bit longer than anticipated as the OS has been pushed back to early 2017. However, on the fortunate side, the upcoming OS will also come with Google Play.

Google has officially announced that the upcoming Android Wear will not be launched this fall as it was initially thought, and that it will roll out on smartwatches starting with early 2017.

At the same time, Google has released several previews and more are expected to come until the release of the final build for Android Wear 2.0.

The third developer preview (and the latest) showcased a very interesting feature and that is the incorporated Google Play Store which will enable users to download apps of any kind whether they are paid, for free or beta versions directly onto the smartwatch. This means that it will no longer be necessary to download the apps on the handset first. Smartwatches and wearables that run Android Wear 2.0 have to be paired with an Android based smartphone in order to get access to most of their functions.

Essentially, this new feature will allow users to use the same apps that they would normally use on a smartphone and it’s very probably that developers will start working on apps that are specifically designed for smartwatches. Still, it will take a while until smartwatches will be completely independent from smartphones and it appears that the inclusion of Google Play Store is a very good step in that direction.

Sure, it’s not going to be as easy to browse through an app list on a smartwatch than it is on a handset but it will certainly require less actions on the part of the user to get an app to their smartwatch.