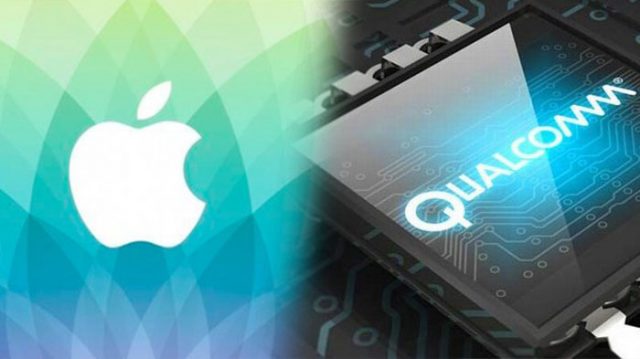 If two companies get along poorly in the technology industry right now, they are Apple and Qualcomm, who have already spent more than a year fighting. The reason for this dispute is the fees Apple must pay for Qualcomm’s telecommunications patents.

Just a week ago, the U.S. International Trade Commission (ITC) recommended that the judges in the case among the companies should rule in Qualcomm’s favor, blaming Apple for infringing at least some of the patents.

And now it’s Apple’s turn to counterattack, which this Thursday filed a petition with the U.S. Patent and Trademark Office requesting the cancellation of four of Qualcomm’s patents.

According to Bloomberg, these four patents address the digital camera’s automatic focus, touchscreen technology, circuit memory, and a device that functions as a personal assistant within the phone.

Apple asks the officials to cancel four patents of Qualcomm

Apple’s argument is simple. The Cupertino-based company says the four patents are not Qualcomm’s ideas, but general concepts and are therefore not valid as patents.

Apple has already carried out this legal tactic with other companies in the past, accumulating up to 398 such applications to date.

Qualcomm, for its part, has not let its guard down in this fierce battle either. A few months ago, the manufacturer filed an application with the Chinese courts for a ban on the sale of iPhone in China.

It remains to be seen whether the cancellation of these four patents of Qualcomm would eventually happen.

At the moment, there are more than a dozen trials between the two companies pending around the world.

What is already fully confirmed is that the future iPhone will depend on Intel modems, in an attempt by the Apple company to definitively cut any relationships with Qualcomm.