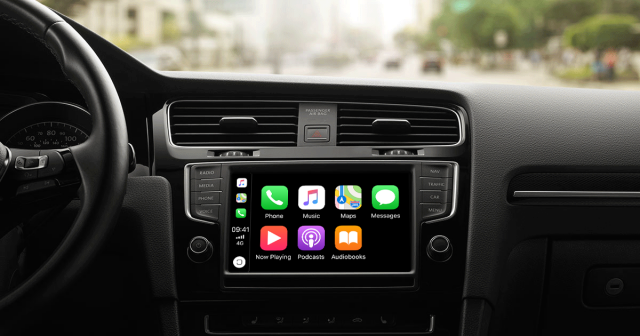 Three years have passed since Apple launched CarPlay technology into the market, and, to date, the Cupertino-based company has announced that there are over 400 cars models which implemented Apple CarPlay feature.

The breakthrough, collected by Mac Rumors, arrives as the 2019 Subaru WRX features Apple CarPlay and comes with support for Android Auto as default. Mazda has also just unveiled CarPlay support on its 2018 sedan model, while the first model with this technology has been Ferrari FF.

Apple maintains a full list of factory-equipped CarPlay vehicles, but at this time it covers nearly every leading car manufacturing company. And that is prior to considering all the after-sales equipment that drivers can afford to upgrade their older cars with Apple CarPlay functionality.

For the beginners, Apple CarPlay converts your car’s info center display into a mirrored image of your mobile device’s interface, which is convenient to discourage drivers from looking to their handsets while they’re driving.

Apple CarPlay support might be charged in the future

As the smartphone fanatics will undoubtedly be delighted to note that more and more cars will let them hook up their Apple iPhone with their cars via Apple CarPlay, there are a few who are concerning about the tendencies with regard to the forthcoming availability of CarPlay.

BMW has insinuated that it could possibly initiate an annual fee to deploy CarPlay support, a disappointing proposal for a technology that would normally be free of charge.

Also, a number of car manufacturing companies have already levied a one-time fee to implement CarPlay support on the cars they sell.

On the other hand, as Apple said about its CarPlat that’s supported by over 400 cars, so does Google regarding its Android Auto which, apparently, is also supported on more than 400 cars, most of them supporting both Apple CarPlay and Google Android Auto.