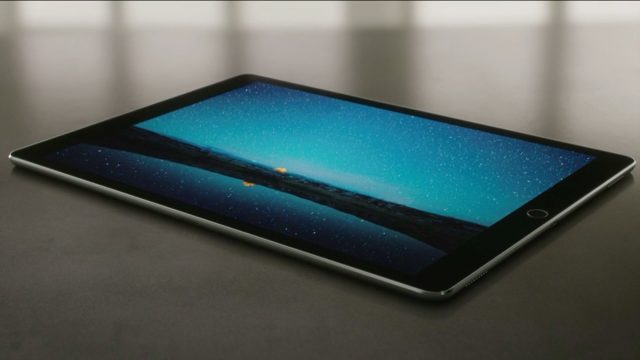 Looking at how many high-end products Apple is scheduled to release during 2017, we think it’s safe to say that this is going to be Apple’s year. In fact, the Cupertino based tech giant is expected to refresh its iPad Pro lineup during this month. iPad Pro 2 is said to be the most powerful Apple tablet ever made and that it’s going to take the market by storm and crush all of its competition.

Analysts are predicting that Apple will launch iPad Pro 2 in the 10.5 inch and 12.9 inch variants. Both models are going to sport a very sleek design as a courtesy of their bezel-less screens. Additionally, another major design change that Apple is going to do is to remove the physical home button. Apple will replace the home button with a fingerprint sensor that will be embedded beneath the 3D Touch panel.

Apple’s iPad Pro lineup is renowned throughout the world for always offering impressive hardware performances. Therefore, the two iPad Pro 2 models are expected to be equally impressive as their predecessors when it comes to hardware power. Rumor has it that iPad Pro 2 will be powered by Apple’s own-made A10X processor that’s going to be coupled with 4GB or 6GB of RAM.

As previously mentioned, Apple is expected to unveil the two iPad Pro models during April. This information comes directly from Rhoda Alexander who is an HIS Markit analyst. Rhoda Alexander came to this conclusion when he saw that Apple’s manufacturing partners are ready to start mass producing iPad Pro 2 devices. We should also mention that the mobile marketing company known as Fiksu has spotted four new iPad identifiers in its Wi-Fi data.

It’s going to be quite interesting to see how well Apple’s iPad Pro 2 fares against Samsung’s latest Galaxy Tab S3. The aforementioned device is the best tablet that Samsung has to offer and it also represents the best Android powered tablet. iPad Pro 2’s launch is definitely going to reignite the Android vs iOS war.