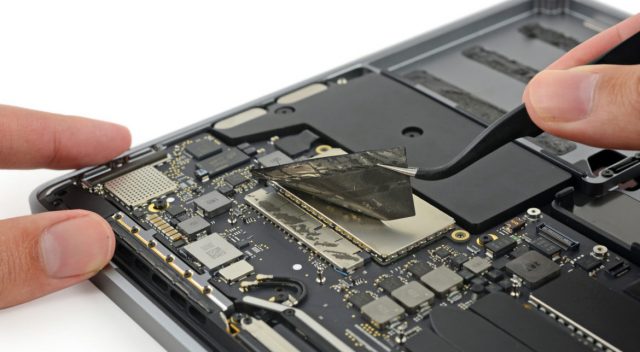 Apple wants to give up on Intel CPUs in order to replace them with proprietary ones. The rumors are already affecting Intel stocks, which have decreased drastically.

The information was revealed in a Bloomberg study. According to the study, this project of replacing Intel processors is named Kalamata and it has been included in Apple’s future projects for quite some time. However, executive members of the company have only now approved the procedure.

The study shows that Apple is planning to completely give up on Intel processors all the way in 2020, however the switch to proprietary CPUs is going to be made gradually, by a transition period.

The Kalamata Project has the purpose of developing software that will create and publish apps which will work both on iOS and macOS. The app is going to be used either through touchscreen or through mouse or trackpad; it all depends on the device it is going to run on.

It wants to introduce this measure starting with this year, and if it is successful in doing that, it is going to announce the decision at Apple’s WWDC in June 2018, too.

The launch of an improved Mac Pro is also planned for next year, which will also sport an Apple processor, similar to a T2 you would find on an iMac Pro.

Apple is a unique and evolving company

Rumors that Apple might eventually give up on Intel have been floating around since 2005, when the company announced the switch from the PowerPC structure to Intel.

Apple is in a continuous evolution and competition and it’s not likely to keep the same components for a long time. Especially since it always looks to make itself remarked for its uniqueness and to keep its customers loyal even with the price of their impossibility of choosing an alternative.

Once you choose Apple, you need to use only the company’s very expensive products and no other competitor will offer you anything better. At least, that’s what Apple wants you to believe.

Surprisingly or not, the stocks of the Intel processor manufacturing company have decreased drastically immediately after the publishing of the Bloomberg study on April 2nd. They have decreased by 9%, which is in fact huge.

Apple has chosen to not give any statement on the matter, and Intel representatives said they will not answer rumors. Even so, it is said that Intel has been brought down on its knees by a simple news article, unconfirmed by Apple. Nine percent down is close to what Wall Street brokers call a “correction range”, which is 10%.