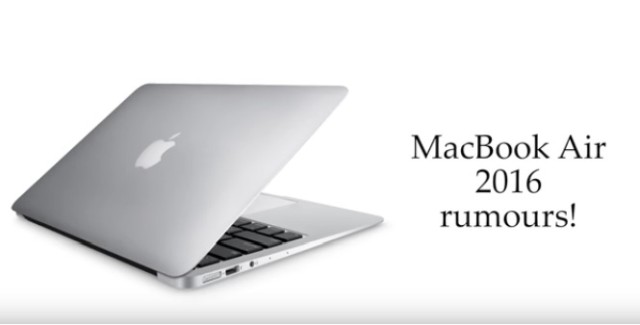 According to some reports, there are high chances that Apple will not release a MacBook Air this year. The bad news is that these reports also say that Apple will not release a new MacBook Air version ever again, which is quite disappointing. Instead, the Cupertino based tech giant will replace these thin laptops with a newer laptop series, the MacBook.

You should know that the MacBook line of laptop was firstly introduced last year and it comes with similar features to what an Air could offer. Apple’s powerful laptops, the MacBook Pro line, have also become thinner over the years, which would make the thinner option MacBook Air to be unnecessary.

According to The Telegraph, Tim Cook, CEO at Apple, has hinted last year that the company will focus on developing more its iPad Pro, as this device line could be a way better option than the old desktops or laptops.

Last year, when the iPad Pro was released, Cook said that this device is a replacement for desktops and notebooks for many people. He added that once people will start using this device, they will understand that they will no longer need any other computer or laptop.

There are also reports which say that the MacBook Air will actually receive an update. If rumors prove to be right, the new MacBook Air version will be released with a 15-inch display that will support a resolution of 5120×2880 pixels, it will be slimmer and thinner than the previous device and it will feature wireless charging. In addition, the rumored MacBook Air 2016 will run on AMD Polaris 11 GPU that will boost the power capacity, but it will also be more efficient. Apple will most likely add Touch ID fingerprint scanner along with an OLED touch bar.

If Apple will truly release a new MacBook Air in 2016, this will most likely happen sometime in September.