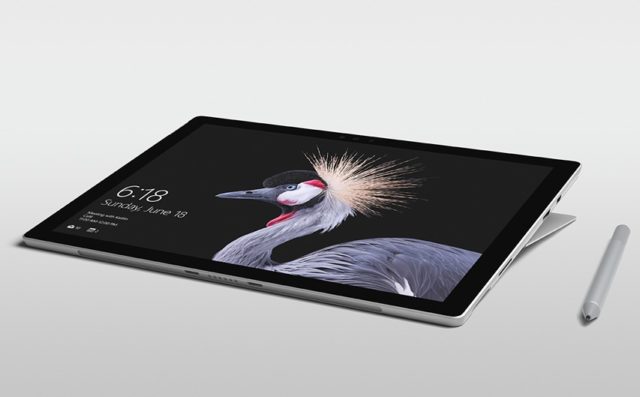 The notorious rivals are engaging in a battle of power, trying to offer consumers what they have been waiting for so long: a tablet which can successfully replace a laptop. Apple released the 10.5 inch tablet known as iPad Pro, while the Microsoft Corporation has launched the Surface Pro Gen 5. Before they become available to the general public, one should discuss their features and compare the two gadgets.

In terms of specifications, if you are a person who pays attention to details, you will for sure notice how different the two tablets are. The iPad Pro 10.5 has a Led-backlit IPS LCD display, with a resolution of 1668×2224 screen, while the new Surface Pro Gen 5 offers a 12 inch IPS Pixel Sense Display with a screen resolution of 2736×1824.

The Apple gadget comes with 64, 256 or 512 GB of memory and 4 GB of RAM mixed with the A10X Fusion chipset. So far, this gadget is a heavy opponent for any laptop, even in terms of speed.

If you are a camera lover, then you must know that the Apple gadget has a 7 megapixel front camera and a 12 megapixel back one. The battery is a non-removable Li-Ion and there are four stereo speakers assembled so that you enjoy listening to your favorite songs for several hours. The Surface Pro 2017 has a 5 megapixel camera on the fron and an 8 megapixel camera on the back and a Mini Display Port and USB 3.0.

Comparing the appearances of the two gadgets, the iPad uses an anti-smudges and anti-scratched technology, all in the same display we are used to. It comes in Space Gray, Rose, Silver and Gold, enough colors to satisfy all tastes.  As to security features, the TouchID fingerprint offers users data protection. In terms of productivity features, the operating system is the iOS 10.3.2, offering many tools designed to enhance productivity.

When comparing the two devices, Microsoft offers a trackpad for typing and Windows 10 operating system, making it even more similar to a laptop than the iPas Pro 10.5.

Both devices have pens available, the 10.5 inch iPAd Pro offers pixel precision for only 99$, while the Surface Pro Gen 5 decided to take a similar direction and also sell separately its pen for the same amount; however users are able to choose the older Surface Pen model for a better price.

Both the Apple and Microsoft devices are pretty pricy, however one must take into consideration what each of them has to offer in terms of specifications and features. For 799$, rather than 649$ as its rival costs, the Surface Pro Gen 5 seems to be the winner in terms of laptop similarities, while the Apple gadget still keeps more of the tablets appearance.