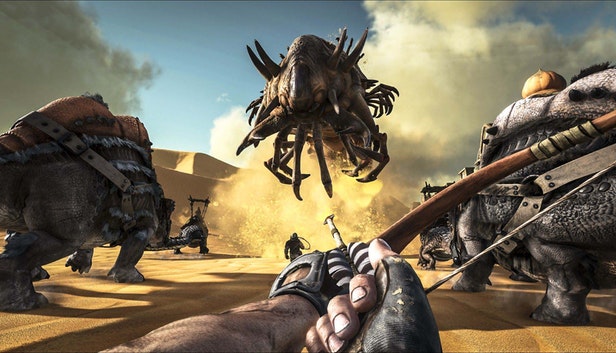 Gamers are always looking for ways to have their favorite games at hand anytime. Sometimes, they find it very difficult to abandon their virtual missions and go back to their daily tasks.

Game developers are aware of this need, so they have done their best to create mobile versions for most of the successful games. Their initiative has been welcomed by gaming fans, because now all they have to do is download their favorite game on their mobile and play it everywhere.

The mobile version will be available for free

One of the most successful games is Ask: Survival Evolved. This dinosaur saga has been sold in millions of copies for PC, Xbox One and PS4. Now, the game is rapidly spreading, because developers have created a mobile version of it.

Although the version will be available for free, players will enjoy the same features as those who play it on PS4, PC or Xbox One, so you don’t have to worry about the fact that your experience is not complete if you use your smartphone for playing Ask: Survival Evolved. The free availability is a big advantage of playing the game on your smartphone; if you chose the PC or console version you will have to pay $60.

The mobile version comes with all your favorite elements, just like the console version: 80 creatures, including dinosaurs, the ability to jump, craft, building and multiply your players. Now, iOS presents a limited edition, but this spring, full editions will be launched for both iOS and Android.

If you can’t wait for the launch, you can find some trailers online. Here you can see how the game looks like on a mobile platform and try to imagine how it will work on your smartphone. Another option is to play the game on console or PC and see if you like it, before you get it on your phone.