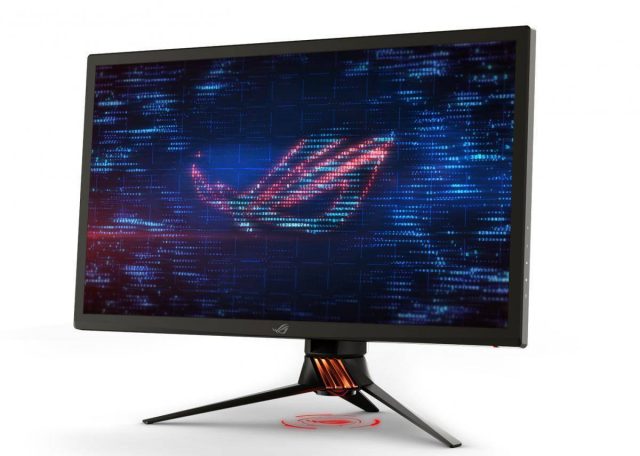 Among all the performant gaming monitors, nowadays, which have support for the latest technology, only a few can be comparable to the new ASUS ROG Swift PG27UQ.

Most TVs and displays with 4K Ultra HD support are also compatible with HDR (High Dynamic Range). However, there are just a few models of gaming monitors that boast the same combination of specifications. One of the only available on the market is the ACER Predator X27 G-Sync announced a few days ago.

The ASUS ROG Swift PG27UQ is as expensive as the ACER model but it looks like it looks significantly better.

Initially, ASUS’s top IPS monitor was unveiled in January but at that time there was no known launch date or approximate price. Now all the dilemmas have been cleared up.

Under the hood, the monitor uses an AU Optronics AHVA top panel with a native resolution of 3840 x 2160 pixels and a diagonal of 27 inches.

Although it is quite difficult to verify this, the monitor is promoted as the first with Display-HDR 1000 certification.

If your NVIDIA G-Sync technology is alien to you, it’s worthwhile to perceive it as a technical solution to the “tearing” of the images, that occurs in the fast-action sequences of certain games.

With G-Sync, the video card works with the monitor to synchronize the refresh rate and to provide the most fluent gaming experience.

The purchase price for ASUS ROG Swift PG27UQ high-end gaming monitor is $1,999 and the first units will be delivered in the second half of June.