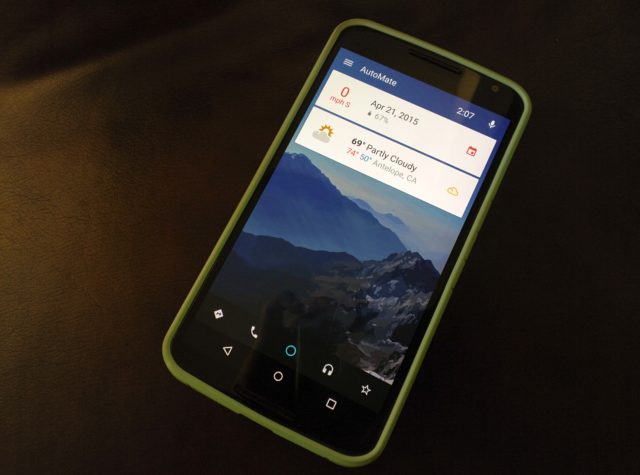 People need to make sure not to use their smartphone while driving because that can lead to some serious consequences. Luckily, there are numerous app such as AutoMate which make sure that drivers have access to everything they need without having to take their eyes away from the road.

AutoMate is bundled with a large number of features such as Maps, Messaging, Voice control, Media Control and many more others. Things get even better for AutoMate fans since app is always being kept up to date with new features and functions. In fact, AutoMate – Card Dashboard fans can download a new APK update which brings the app’s version number to 2.0 RC2.

This new update is focused towards Android 8.0 Oreo powered smartphones but it’s also supported by devices which run on a minimum of Android 4.1 Jelly Bean. Nonetheless, this updated is packed with a bunch of bug fixes which get rid of annoying startup crashes. Moreover, the update also includes a couple of bug fixes for the premium apps.

As if bug fixes weren’t a good enough reason to download the new version of AutoMate, this recent update also includes a handful of features which are specially developed to enhance the already smooth user experience. With that in mind, let’s check out what these new features do.

The first thing that AutoMate users will be able to notice after they update is that the app is able to cache contacts and weather reports so much faster than usual. This is great news since it means that the app is going to load faster overall. Another cool thing that’s introduced by this update is the new navigation app support for Navmii. Even better than that, AutoMate now supports attributions for Google and PathSense.