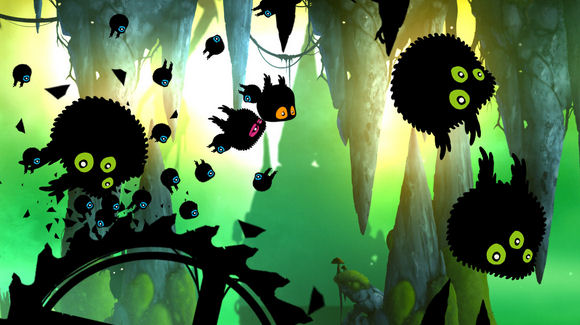 Frogmind has recently launched iOS Badland 2. Badland was certainly one of the best games of recent years, both iOS and Android. Developed by people from Frogmind, Badland puts you at the helm of groups of clones in extremely hostile environment. Increasingly difficult obstacles appear in the time and, often overcoming them requires sacrificing one or more clones. Considering the popularity enjoyed by Badland, we expected to hear more news before the release of a continuation.

But it was not so, preferring to launch the game in secret. For now, Badland 2 is available for iOS and we don’t know exactly when will debut on Android and other platforms. There is a reason, however, to be happy, reviews published so far are positive. Both critics and fans seem to have appreciated the new game, and those from Phonearena mention that it could be even better than the previous.

Apparently Badland 2 is no different from the first game. You are controlling the same creatures, which should help you pass the obstacles. This time, however, you’ll have the ability to fly in both directions on the screen and some levels will take place in liquid environment. As I said, Badland 2 is available, for now, only on the App Store with a price of $ 5.