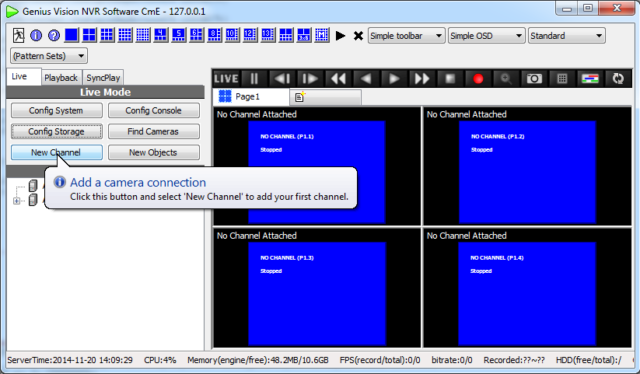 Nowadays, you can use your laptop to monitor your home through its built-in camera. Apart from the usual utility of a webcam, it can also function as your own DIY CCTV. Instead of installing an expensive home surveillance system, you can save time and money by choosing to install a free software application and set it up based on your preference.

Most programs offer simplistic features for free but if you want advanced functionality, you can pay for add-ons. However, every program has its differences and bellow there is a list of the 7 best free apps that can turn your device and webcam into a home-based surveillance system. 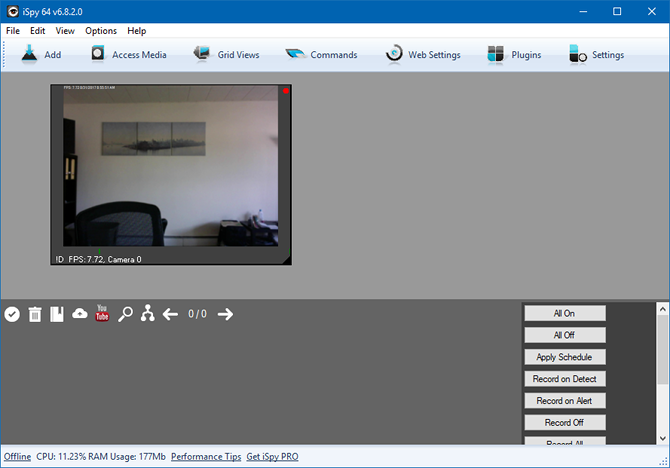 iSpy is the most popular open source video surveillance software. It provides an impressive list of features which include: audio monitoring to record sound (rare feature to find in this type of apps), motion detection and processing, recording and remote access streaming, cloud uploading, email alerts etc. and it is compatible with most webcams and IP cameras.

To enjoy some of these features, you need to choose a subscription plan. It provides the following services: home security and automation, office surveillance, nanny cams and pet monitoring and so many others. Any captured media is securely made available over the web and it can be installed and configured on multiple machines at the same time. 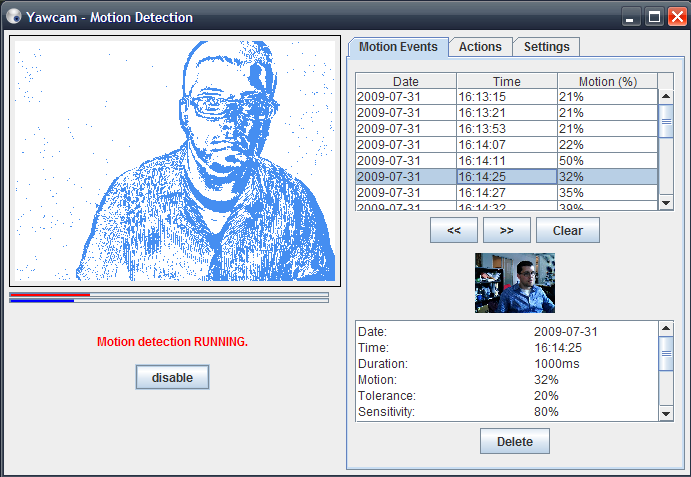 Yawcam (Yet Another WebCam) is a webcam software for Windows written in Java that has been around for years. It is not an actively developed app but from time to time it receives some updates that are related to solving security issues. Yawcam supports webcams and network cameras feature: a built-in tool used to merge images to a movie file, text and image overlay, online announcements for communities, FTP upload etc. It is the only app that outputs the recordings as image snapshots and not video. 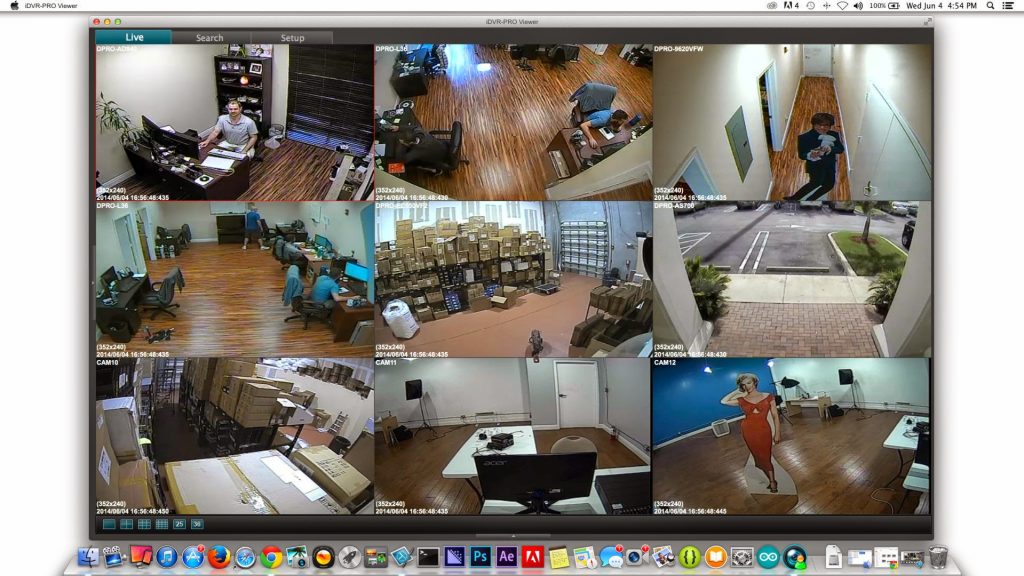 This software is among the best out there due to its usability and system resource usage. It allows users to capture, store and playback images from multiple IP cameras and USB webcams in JPEG and MJPG modes and it incorporates the right amount of features. It has a user-friendly drag and drop interface and features graphical scheduler, e-mail notification, storing videos for playback in avi format with media players, etc. Monitoring systems constantly use most of the CPU but this one is quite clever because it occupies less than 1% of the CPU during surveillance. The major issue with it though, is that you cannot access the official website which means the system is not actively developed. 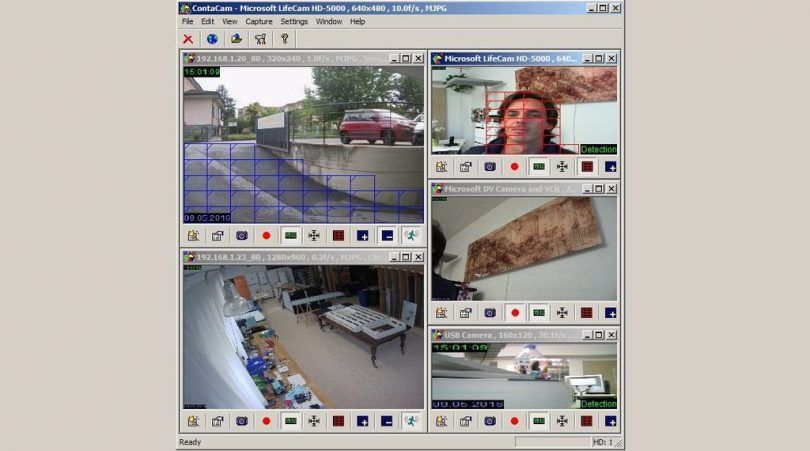 ContaCam is a system that is as great as Camera Viewer Pro in terms of usability and system resources. It is fast, easy to use and versatile as it contains all the necessary features to turn your computer into a surveillance service. It can run on even the most moderate systems and include the following tools: motion detection and 24 hours DVR, live webcam, an integrated webserver with password protection, cards and RTSP IP cameras capture, audio support for USB webcams etc. As for motion detection, this tool saves the recording as an SWF animation by default which means there is a frame limit. You can change the format to AVI at the movement detection. 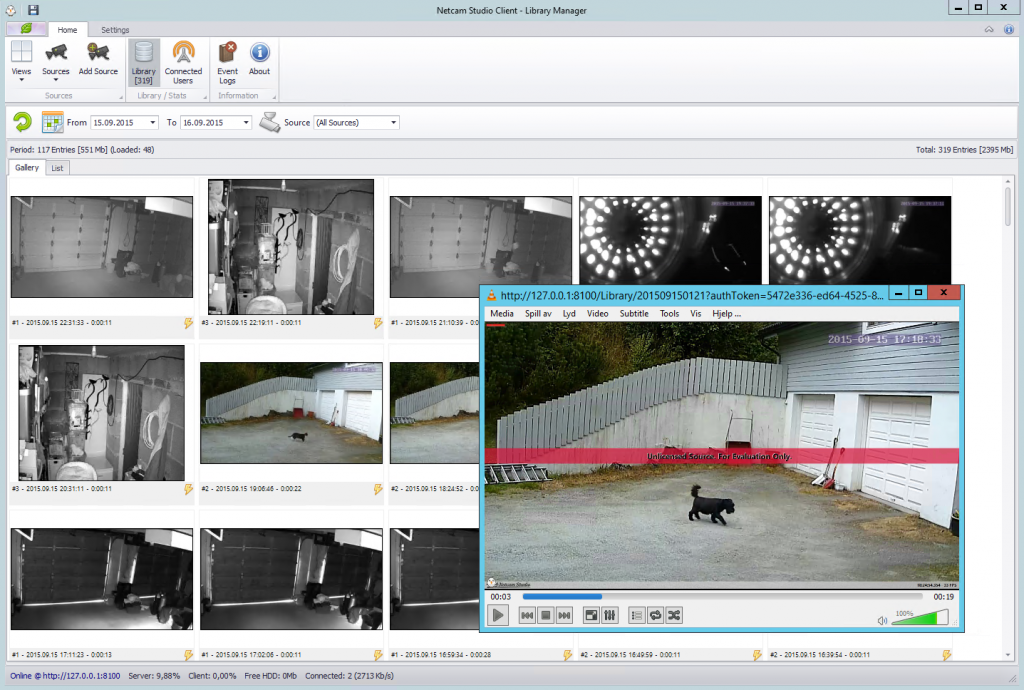 This service resembles the previous software created by the same developer Moonware Studios (Webcam7) but it has a new graphical user interface and look and it offers a plethora of features such as: license plate recognition, audio detection, cloud and NAS sync recordings, automatic synchronization of the library, constant recording or defined by the advanced internal scheduler, streaming as HTML 5 video with audio.

It requires NET Framework 4 and Visual Studio 2012 C++ redistributable. For some of these features and more, opt for the paid version because the free version also comes with a watermark of the company’s logo at the bottom of the recorded video which albeit non-intrusive, it might be inconvenient. 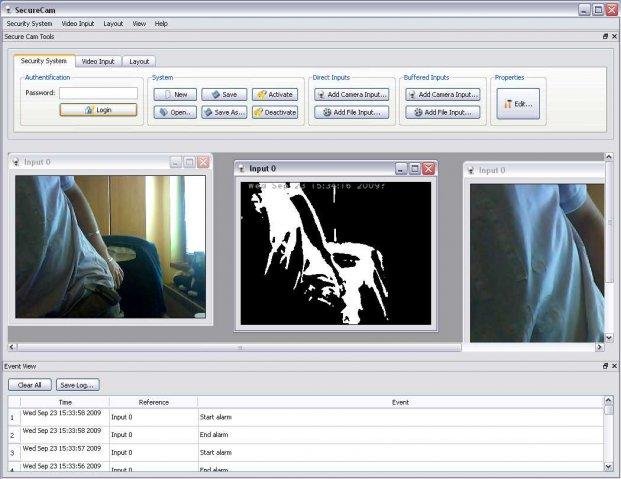 This security camera software has the smallest installer size (343 kb) but contains all the basic features that you need such as: manually or automatically schedule recording ability, text overlay ability, integrated webserver for online streaming, MJPG recordings Player and encode these recordings to any AVI format. It doesn’t support more than 4 IP Cameras or Direct X Cameras. 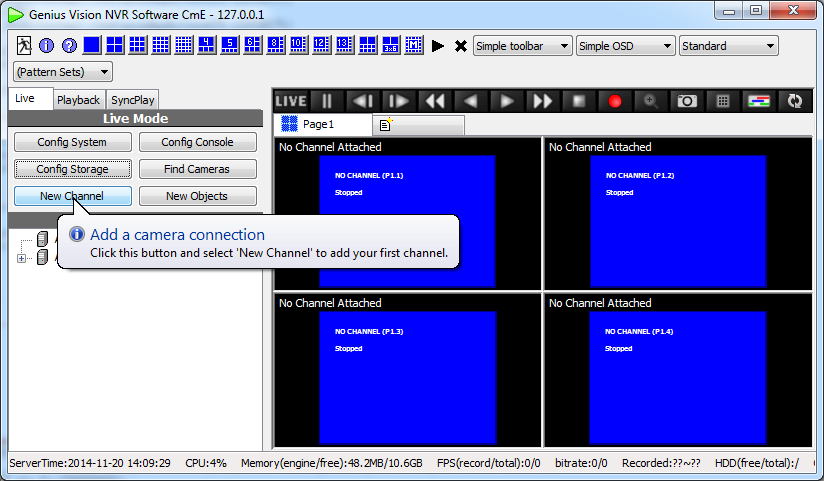 Genius Vision NVR is an IP video management software created by a team of developers from Taiwan. They provide a free version of the program Community Edition and paid Enterprise Edition and NVR Subscription Edition. The free tier allows to use 2 channels for non-commercial use but doesn’t include any key-features corresponding to the Patron+ attribute although you can add extra patron levels for a monthly fee.