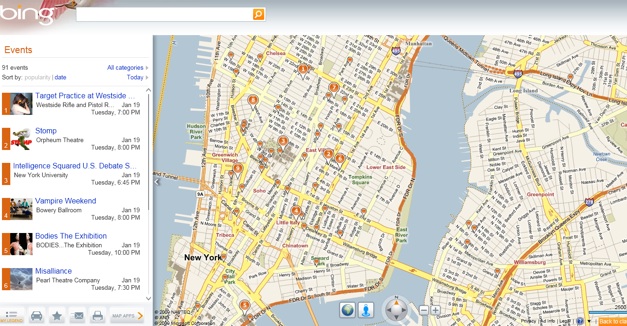 Bing Maps is not a very popular map service, being eclipsed by rivals such as Google Maps and Here Maps, however, Microsoft is trying to differentiate itself from the competition with all sorts of new features. The latest update to Bing Maps added a feature which no other similar service offers: real-time monitoring using web cameras to observe traffic in real time.

Microsoft disclosed that currently that Bing Maps can access over 35,000 webcams from 11 countries which can provide clearer information about traffic in real time in addition to the usual weather and traffic statistics. To access such a camera you only need to select the traffic component from Bing Maps. Cameras will appear on the path marked with a camera-shaped icon, and clicking any of these opens a video stream in real time. Bing Maps provides the ability to track multiple cameras simultaneously, and all the recently accessed cameras are shown in a list for quick access.

The purpose of the new features is to give its users the ability to see in advance congestion on certain roads of the city, in order to avoid congested areas easier. Even if this information is already available on Bing Map, (and other similar services) as colored lines from green to red, nothing can be more accurate than real-time footage from the site. Unfortunately, Microsoft did not specify which 11 countries are receiving camera support in Bing Maps, but we can assume that Microsoft has made this service available to countries where Bing Maps is used most. Now that there is this feature, Microsoft will certainly try to expand its support for many other regions.