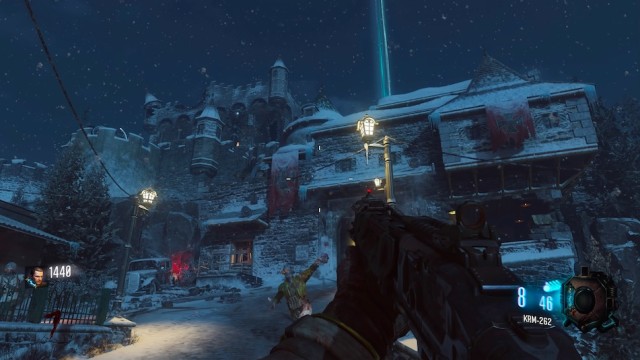 Gorod Krovi is the newest chapter in Black Ops 3 Zombies, being part of the 3rd map pack the studio released. It includes the Origins character and it is located in Russia, taking place during the Second World War in an alternative timeline. Here, different enemies are fighting.

The Descent DLC, created for Black Ops 3, will be released on July 12th for the PS4 and after a month it will become available for Xbox One too. This pack includes not one, not two, but 4 new maps for the multiplayer option. These are called Empire, Rumble, Berserk and Cryogen and will be previewed by Treyarch and Activision soon.

The description says that the Origins characters, after surviving the swamps in Zetsubou No Shima, now have to escape a Stalingrad torn by war and filled with Element 115. They have to fight some of the most dangerous enemies that are free to roam around. The battle is held between huge mechanized soldiers and dragons that are commanded by Group 935.

On the 12th of July, the new DLC Descent will be available for PS4. You can buy your COD: Black Ops III Season Pass right now, so that you can enjoy the new content the company will release.

Between September 2 and 4, there will be an important event held at the Forum in Inglewood, CA. There you will get the chance to see the finals of the Call of Duty Black Ops 3 World League Championship. Also, we will get the chance to see there the launch of COD: Infinite Warfare, the multiplayer option, along with the multiplayer option for the Modern Warfare – the Remastered version, plus the new DLC for Black Ops 3.