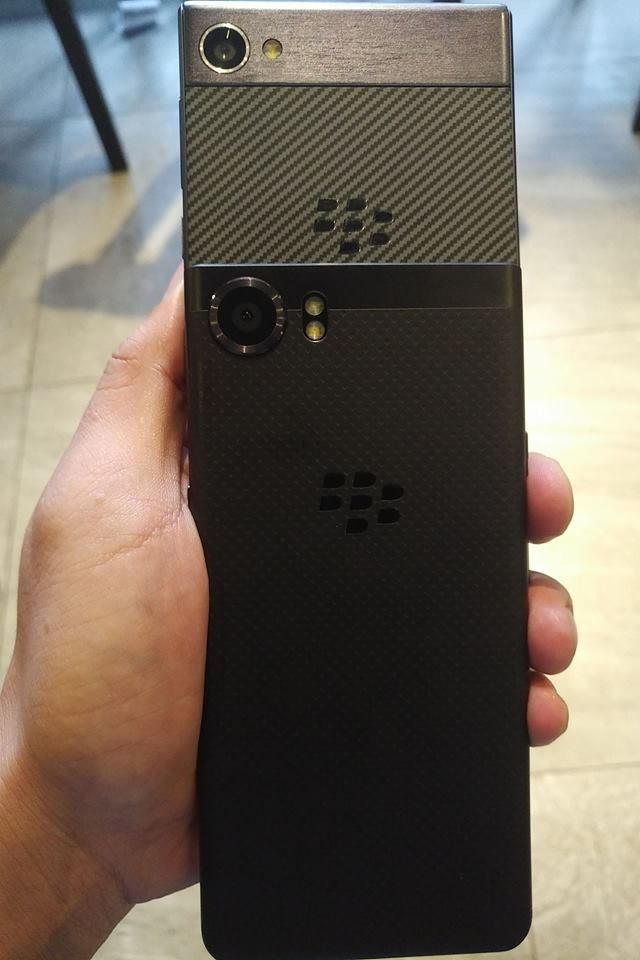 Traditionally, BlackBerry used to be one of the most popular brands in the smartphones world. The brand was so popular that even the former USA President, Barack Obama, owned a BlackBerry. However, things turned south for the company as time passed on and BlackBerry became overshadowed by the likes of Google, Apple and Samsung.

During this year’s IFA tech event which took place in Berlin, BlackBerry announced that its working on a brand new all touchscreen device that will be launched under the name Krypton. The said smartphone even made it through the FCC certification process which means that it’s getting ready to step out of the shadows. However, things get better since a leaked picture finally shows us what to expect from BlackBerry Krypton.

If there’s one thing that separates BlackBerry from other smartphones is the fact that it uses a physical keyboard. This feature used to be really cool back in the day and many people loved it. However, times changed and all touch screen smartphones are the norm now. With that being said, no one should be surprised to find out that BlackBerry is getting rid of its trademark physical keyboard.

Now that we know what BlackBerry Krypton looks like, the question that remains is when will be officially unveiled? Luckily, BlackBerry is not keeping that date a secret and it let the entire world know that Krypton will be unveiled somewhere during October. This is great news since October is just around the corner and we don’t have to wait that long until we can see Krypton in its full glory.

Even though the smartphone’s picture has been leaked, we don’t have that much information about its specs. However, rumor has it that Krypton will be fueled by a Snapdragon 625 or 626 CPU and it will feature a second full HD display. In addition, the CPU will be paired with a large 4,000 mAh battery and 4GB of RAM.