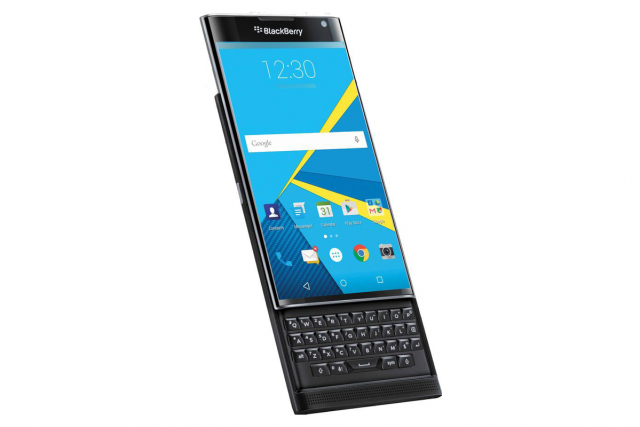 In November, Blackberry released their brand new smartphone Priv.  Blackberry Priv is the company’s first ever Android based smartphone. Right after the release of Priv, the fan site named Crackberry leaked what looked like the next Android phone for blackberry.

In an interview with Bloomberg the company’s CEO John Chen said that Blackberry is now ready to come out with the next device. The device is codenamed Vienna. Compared to Blackberry Priv, Vienna will have a lower price tag. Vienna will also run on the Android OS. It is likely to be launched sometime next year.

In the leaked images by Crackberry, it is visible that the new smartphone will consist the traditional Blackberry keyboard and will be available in quite a variety of colors to choose from. However there is a condition on the launch of Vienna. The condition is, if Priv does well in the market then and only then will Blackberry launch Vienna, otherwise Blackberry will stop the hardware manufacturing altogether and stick to mobile software and security, as they had said earlier.

However, the trend has been quite positive so far, and Blackberry Priv has been doing quite well in the markets. There has been many a good words about Priv from both critics and the customers. Priv was only launched in 4 markets which include UK, US and Canada. All the markets have responded in a positive manner. Major retailers like Wallmart and Best Buy have reported that all the stock has already been sold out, and already the pre orders have been piled up in other countries and looks like it will be released in 31 more countries.

The profits have been more than expected for Blackberry in their latest Q3 release. Mr. Chen has indicated after analyzing the success of two months, the device can indeed achieve the breakeven point for the company. Once it is achieved, the company will release Vienna.

Blackberry Priv is expected to get a price cut in 2016 which will also lure the consumers. If Priv is successful in competing to the likes of Samsung and Apple, then Blackberry will look to tap in to the mid budget market with release of Vienna.

What are your thoughts on Blackberry’ hardware future depending on Priv? comment below and let us know.