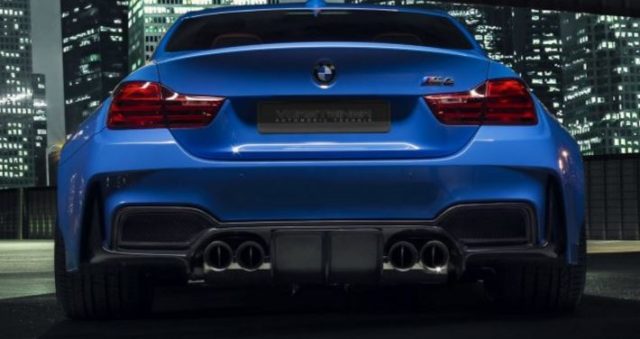 The famous car company, BMW, will make quite an impression at the Frankfurt Motor Show next month by revealing the new BMV M5. The sixth-generation M5 super-saloon is confirmed to be having a V8 engine and all-wheel-drive. The launch for the car company’s rival will be in February 2018 and he Mercedes-AMG E 63 S will definitely astonish the public as well.

It has been confirmed that the vehicle will have a 4.4-liter V8 bi-turbo engine, which is the same engine that was used for the previous BMV generation model but received considerable improvements in order to live up to the latest Mercedes AMG E-class standards.

Moreover, a pair of new turbochargers has been added, as well as revised exhaust manifolds, new lubrication, and cooling systems. The list does not stop here and it is also added up to 592bhp – 40bhp, which is more than the previous car. The torque also is found from 1,800 rpm and jolts up by 70Nm to 750Nm.

When it comes to BMV’s M5 performance, the company states that the latest model can reach 0-62mph in 3.4 seconds, being in the same category as Mercedes-AMG E 63 S. The wheels receive the power via an eight-speed gearbox, which is also automatic, paddles for sequential shifts and multiple settings that can be found in the Drivelogic system.

The system has three modes, the first one optimises the gearbox for efficient and comfortable shifts, the second mode is meant for faster driving and the third is developed for track driving purposes only.

Furthermore, the vehicle has some of its panels made from aluminum in order to make the car lighter; the roof is made from carbon fiber reinforced plastic. The cabin comes equipped with stylish sports seats, digital dials and an M-sport steering wheel with two red buttons to modify the car’s settings.

When it comes to the BMV’s M5 price, it is confirmed to start as £89,640 when it will appear in UK’s showrooms next February.