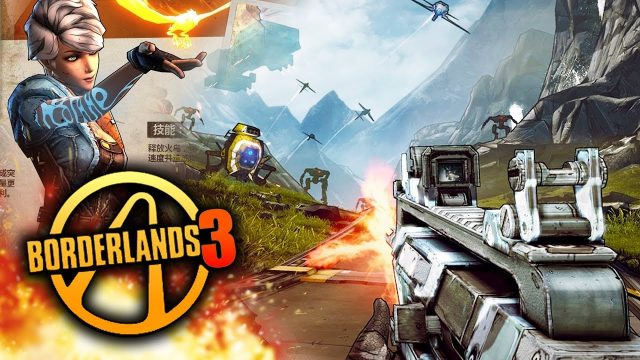 The desire of the players to have a new Borderlands 3 is widely known. That is why rumors spread fast, such as the one that affirmed that this title will arrive this year. Also, recently, another rumor said that Microsoft had appropriated the exclusivity of exploitation of the advertising rights of the future release. Something that has already been denied by the developing company itself, Gearbox Software.

According to a rumor, Borderlands 3 will launch this fiscal year but, again, this is just a rumor and should be taken as such.

Also, Gearbox hasn’t offered anything on this title. So, at the moment, nobody knows for sure if the company is working on the new Borderlands title.

This could mean that Borderlands 3 can hit the shelves anytime between October 2018 and September 2019.

Gearbox Undermined The Rumors Of Microsoft Exclusivity Regarding Borderlands 3

More specifically, the Gearbox’s CEO, Randy Pitchford, jumped into the fray in a full conversation among several users, when, at one point, one of them said that the developer had signed to offer Microsoft full exclusivity rights in the advertising of Borderlands 3.

Pitchford clearly said that “Gearbox has not signed anything like this with Microsoft.”

Moments later another user refuted the comment, guaranteeing that there had been multiple credible sources that had published the rumor.

Randy Pitchford did not remain impassive and returned to respond, with the same concreteness and tone. On this occasion, he ruled that these media would not be so respectable if they did not contrast the origin of the information if they did not worry about the truth of what they were telling.

Apart from denying the possibility of a future Microsoft exclusivity for the Borderlands 3 title’s advertising campaign, Randy Pitchford, the Gearbox Software CEO, said that nothing has been signed in this regard.