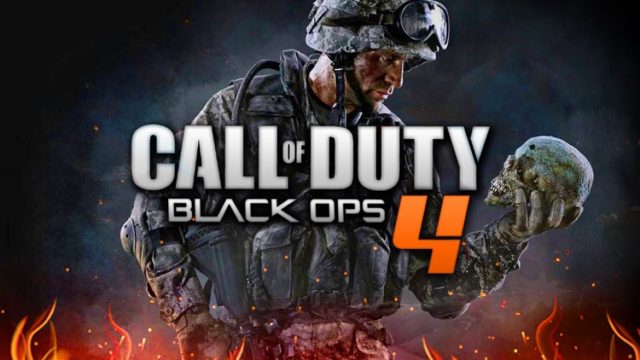 On the same day when Donald Trump included Call of Duty on the list of the most violent video games ever made, Activision offered us the first information about the future title, Call Of Duty Black Ops 4.

No year passes without a new CoD, and 2018 will not make any exception.

Call of Duty is the most profitable franchise in the video game industry, and we just got the first details of the title which will be released this year.

By the end of this year, gamers will be able to enjoy the Call of Duty: Black Ops 4.

In a rather suspicious manner, instead of using the normal (or correct, if you want) Roman or Arab digits, the Activision officials have portrayed the name of the new game as Call Of Duty: Black Ops “IIII”. This detail, however, matters less.

In the official announcement, which has been posted on Twitter, there was also a very short Call Of Duty: Black Ops 4 teaser. Unfortunately, it is too short to depict what it is all about.

The game will be developed by Treyarch.

A full Call Of Duty: Black Ops 4 trailer scheduled for release in May

The latest Black Ops title of the CoD series was launched in 2015. Trying to generate a little interest in the game, Black Ops 4 has been described in marketing materials as “a revolutionary gaming experience”.

More information about the game, along with a full trailer, will be offered at a conference which is scheduled for May 17, 2018. The conference will also be streamed live on the Internet.