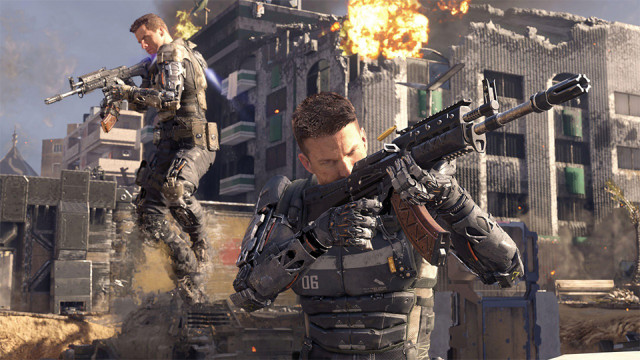 Call of Duty: Black Ops 3 is getting ready for its 3rd DLC, which is known as Descent. In preparation for this upcoming DLC, Treyarch has released a major update for the game.

The Black Ops 3 – Update 1.13 can be downloaded and installed on your Xbox One and PlayStation 4. The update has 1.14 GB in size on the PlayStation 4, while the Xbox One is larger, weighing in at 1.6GB.

As we’ve told you above, the update is preparing the base game for all the future content that will be released along with the Descent DLC, but it also brings a first party functionality for the PSN Play Together feature and it unlocks the Fracture Game Mode.

In Fracture Game Mode, players will need to pick up the core files that are dropped by fallen enemies, but it also delivers them to the fracture site. By bringing a core file on the fracture site, the team will earn additional points, which will then determine the teams that win the match by the end of the time limit (the team with the most deposited files win). In addition, a match will also be early if one of the team will be able to reach a pre-determined amount of points needed to win the round.

Keep in mind that even if the update is already available on the Xbox Store and PlayStation Store, you will not be able to access the Fracture Game Mode until July 15, 2016.

The upcoming Descent DLC will bring four new multiplayer maps: Rumble, Berserk, Empire and Cryogen. In addition, the Gorod Krovi map pack for Zombie play will also be updated, where you will face the usual zombies, dragons, a mechanized robot and more.

Below you can see a preview video of the upcoming Descent DLC: