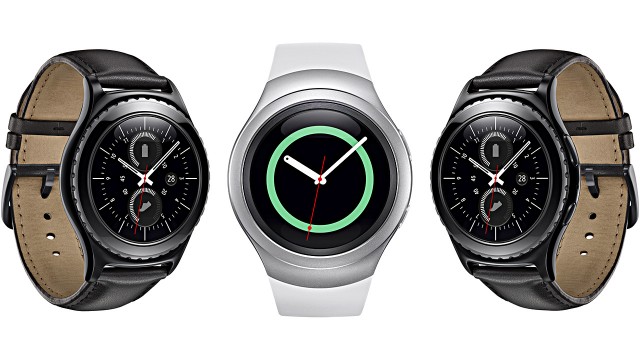 Gear Samsung S2 was the best Smart Watch launched in 2015, and in 2016 it will become even more successful. First, the company announced a new series of bracelets and belts, but also an important feature: the watch will become compatible with iPhones.

The announcement was made during a press conference at CES 2016 and, according to CNet, it was received with applause from the audience. The company did not give any more details, but we know that starting this year, the watch will be compatible iDevice’s.

With the release of Gear S2, Samsung has started collaborations with various partners to provide users with more comfort and intuitive and enjoyable user experience. CNN and Bloomberg applications for gear S2 are two of the most frequently accessed applications. Among other favorite features are different versions of the SmartWatch’s interfaces, and eBay, ESPN, Uber and Voxer applications.

The new Gear S2 classic will include NFC technology to allow users to use the mobile payment service Samsung Pay for SmartWatch that will be available in the US starting this year.

Also, Samsung will extend the series of bracelets and available interfaces, giving users more opportunities to customize their Gear S2 SmartWatch. In addition to producing premium bracelets, Samsung has partnered with designers such as Colombo, and new creative and fun interfaces were developed by artists like Keith Haring, Jean-Michael Basquiat, Jeremyville and Burton Morris.

The new Gear S2 classic will be available in a Rose Gold casing with ivory bracelet, genuine leather, and the version with Platinum housing will come with a genuine black leather bracelet, from February.