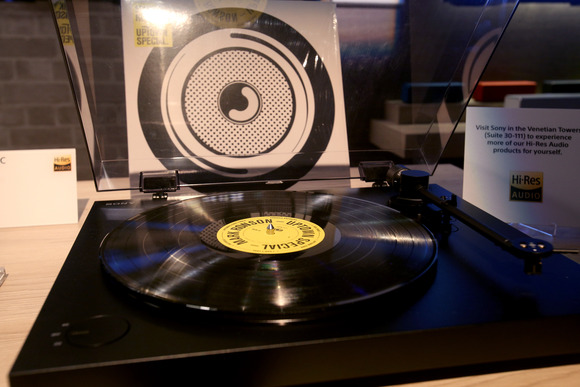 Given that in recent years the only physical music sales that have increased were those recorded on vinyl, the Japanese manufacturer announced the new Sony PS-HX500.

A pick-up with a simple and modern design, the new Sony PS-HX500 is the latest gadget that should not miss from the houses of vinyl enthusiasts. Not the other, but besides that it looks spectacular, manages to incorporate several features that could justify replacing those decade old relics that some of you use to play the old discs.

Because vinyl discs are fashionable in 2016, Technics and Sony announced at CES 2016 the launch of several appealing pick-ups. The big difference between them lies in the ability to translate ancient records into digital format, included by the Japanese manufacturer into Sony PS-HX500. This way, your old vinyl collection can come back to life on laptop, mobile phone or any other place you want it transferred. Backups in digital format will be created in the easiest way possible with the help of the new PS-HX500. It is enough to initiate a playback, and the audio signal will be transferred to a nearby computer in DSD native or WAV format, both uncompressed to avoid any compromise on quality.

If you want to bring some changes to the audio content transposed from vinyl into digital format, the purchase of a Sony PS-HX500 will come as well with two free applications for desktop and mobile. The latter will be perfect for editing the converted files.

The only sad part of this announcement is that we do not know exactly what the purchase price for the Sony PS-HX500 will be. Fortunately, we don’t have to wait too long to find out, because the new device will arrive in stores by the end of spring.