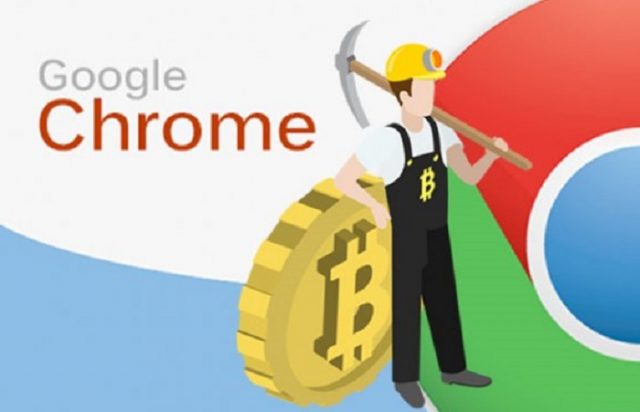 An announcement made on Chromium blog says that Google will ban all the extensions for the Chrome browser that mine cryptocurrencies. Thus, from now on, it will no longer accept such applications, while the already available ones will be deleted by the end of June when it is also planned by Google to ban all cryptocurrency-related advertisements.

For example, it has recently been discovered that a popular extension for Chrome, SafeBrowser, is mining crypto coins using the computing power of the PCs on which it is installed.

Apparently, more than 140,000 users helped, without knowing, the SafeBrowser extension to mine cryptocurrencies.

The company made the decision after the number of these extensions increased faster and some of them expose Chrome users to security threats.

On the other hand, the extensions which use blockchain technology for other purposes will still be allowed.

Google will ban crypto coins ads on its networks, too

Also, as a measure of people’s protection against scams, according to Google, the company decided to remove all the cryptocurrencies-related ads, including ads for exchange sites, ICOs, cryptocurrency trading sites, crypto wallets, and so on.

The measure will be implemented in June.

In January this year, Facebook implemented the same action against ads related to cryptos, and other social media companies, such as LinkedIn, Twitter, and Snap, have announced they will take similar measures.

During the last year, the number of applications that mine cryptocurrencies has tripled, worldwide, while the ransomware attacks have decreased.

This is clearly showing that hackers found a new, less-invasive method to make money, passively.

Not few were the cases of Cryptojacking and we’ve even talked about how Cryptojacking on Canadian sites generated huge income for hackers.

In short, just after it announced to ban cryptocurrencies-related ads, Google will now ban all the extensions from its Chrome that mine for cryptocurrencies, despite the fact that some of them may be well-meant.