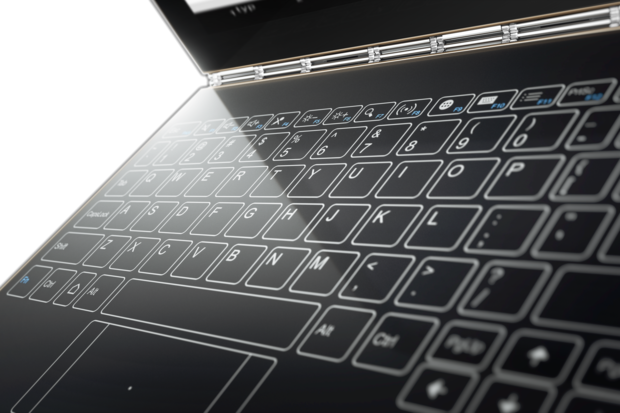 The next device Lenovo is going to release will be called Yoga Book and it will actually be a sleek laptop that can be folded. This is the device that brings a great surprise to fans all over the world, since it does include any hard keyboard! Instead, the manufacturers included a touch panel that is very versatile. The great advantage of this solution is the fact that you can turn the touch pad into a draw pad, a digital notepad or a virtual keyboard that resembles that of a smart phone.

The innovative touch panel, which includes a virtual keyboard that is backlit, is actually a great change for Lenovo. The company will include it in the 2-and-1 devices and laptops they are going to launch and it represents a huge leap forward from the hard keyboards in one dimension.

The Yoga Book will in fact be the first product released by the company that will not contain a hard keyboard and it will use instead a touch panel  for taking notes, typing or drawing. As it seems, it will cost $499 and it will have Windows or Android preinstalled. Up until now, Lenovo did not provide the public with a shipment date of the device.

The Yoga Book brand will also include other devices, such as a new Chromebook, according to Jeff Meredith’s declaration, who works as a vice president and general manager in the Chrome and Android Computing Business Group. She also said that it is likely to see products designed both for Android and Windows systems, especially to see one in the Chrome universe.

This Yoga Book has a 10.1 inches touchscreen that offers full HD quality and you can switch between using it as a laptop or a tablet. The input panel will not affect that 13 hours which are estimated for the device’s battery life.