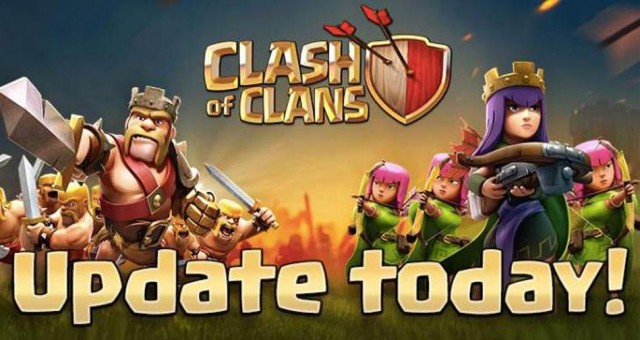 After teasing us with a ton of sneak previews throughout the months, the Clash of Clans update finally has a release date. The update is rumored to be the biggest one yet and it is said to bring a lot of end game content as well as a tier for those in a lower point in the game.

So, what will the update bring to Clash of Clans fans? Supercell developers have added a new tier of Town Hall, an alleged third hero which is most likely to be a magic user, considering that there are already a ranged and a melee hero available in the game at this point. New defensive structures are in the works at this point and many more features are being prepared by Supercell’s developers. Through the past few months we’ve seen a very active development process from Supercell but the best has yet to come with the huge November update which just got an official release date. They have been updating the game at a very active pace which brought forth a big influx of players who wanted a game that gets actively updated, and they got it

23th of November is the date at which the update will be available. When you log into the game you will find all these features available as that is when Supercell plans on rolling out the massive update. Starting that date, Supercell will be gradually revealing previews of all the new features they intend to implement within the game, so technically you won’t get to see all the new features available at once in a single day but rather through the course of two weeks. This process is said to end at December seventh, by then the update will be fully available and until then you will only get glimpses of what the update really brings to the game.