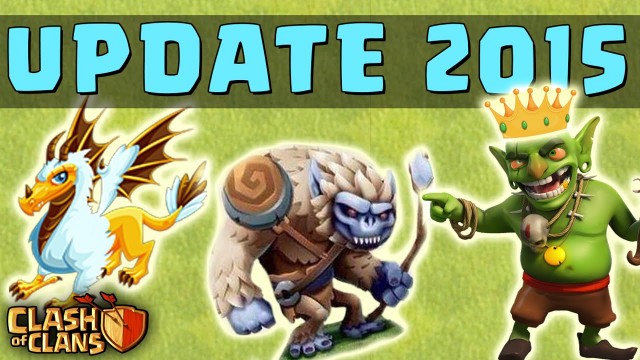 There are rumors that the game will receive an update, introducing a number of new features to address the deceasing amount of time Clash of Clans players spend on their mobile phones.
Every Clash of Clans player is aware that a big update is around the corner, the rumors were confirmed, and a certain amount of details about the upgrade are available. Updates will include the upgrade of the Town Hall 11, which will have its own teaser later this month. The latest details seem to clarify Supercell’s statement about quality of life changes referring to the upcoming update.

Some say that the Clash of Clans update will not only increase character levels, the addition of new heroes and buildings, but something new, a tweak that is intended to attract more casual players.

“Most people I know who have tried playing Clash of Clans had to stop because of their inability to spend crazy amounts of time-playing [which] meant that the game simply wasn’t as much fun,” Tazaros Lazarides said. In addition to that he mentioned that Supercell intends to make the game a bit more friendly to the casual players. In order to do that, the update will have three new features, “Personal Break”, “Session Timers” and the “Village Guard” concept, which have already been confirmed.

“Clash of Clans” developer Supercell also announced that they are already well-prepared towards implementing the new update that will guarantee both seasoned and casual Clash of Clans gamers an incredible experience while playing the game.

When the upcoming update was announced, at the ClashCon, many believed that the focus on Town Hall 11 will only add features that would mater to top and expert gamers only and it was not likely to affect the entire gaming community.
The rumor about this upcoming Clash of Clans update is said to be confirmed on November 23.