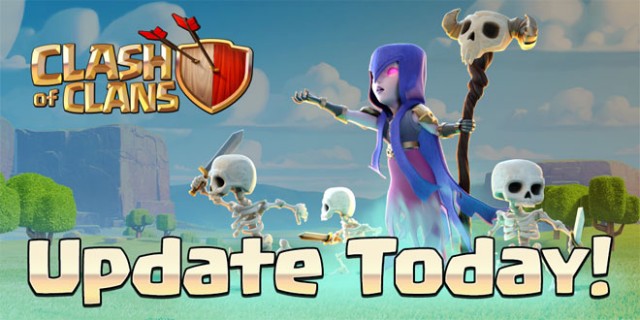 As the release date comes nearer for the new Clash of Clans update, the developers at Supercell are unveiling even more details about the content of the new update. We now have a sneak peak regarding the changes that will come and the most important features that will be introduced to the game.

Supercell’ intends to attract even more attention to the update by releasing a series of videos that focus on the new features that will arrive in the game with the new patch.

The latest video highlights the way players attain shields within the game. There will be a major change in design when it comes to shields, meaning that you no longer get a shield in the game when you destroy a Town Hall. With the arrival of the new patch, players will attain shields in accordance with a certain percentage of the base damage and this will be a great difference for those who used to position the Town Hall on the outer layers of the base.

Another major change when it comes to shields is that now you can attack while having a shield on. Attacking no longer breaks the shield but its period of effectiveness decreases for a little amount with each attack, from its total of three hours.

Within the features that are said to arrive with the new update, there are a few of them that will make a difference for both new and seasoned players. The one that will have the biggest impact is the introduction of Town Hall 11, the new max level within the game. While not everyone in the game is level 10 at this moment, introducing a new max level in the game will motivate both new and old players, also the new laser beam defensive structure is worth mentioning to that matter.

Among other things, the addition of a new hero is a feature that seems to be keeping players on their toes. Even though Supercell hasn’t mentioned much about the how the new hero is designed, it will probably cost six million elixirs, and will be a mage type hero, since a melee and a ranged hero are already available in the game.

The update is said to be the biggest one yet, and fans can’t wait to see the new features and buildings that Supercell has in store for them.