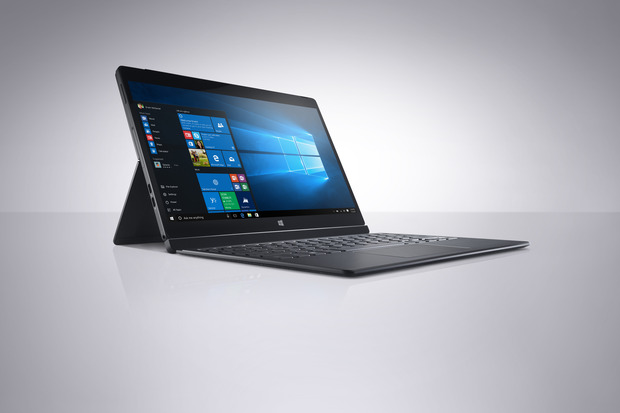 Dell has been a name which has been associated with computers for a really long time, and has been one of the most trusted brands with computers, laptops, tablets, or basically any kind of hardware devices in the recent years. The company has been known for their market goodwill and performance, and with their latest release, Dell aims at taking things one step ahead, as the company has now launched their latest tablet – the Dell Latitude 12 7000, which gives the Microsoft Surface a run for its money.

The device comes with a 12.5 inched screen, which runs resolutions up to 4K! The device comes with 6 to 9 hours of battery life. One of the most unique features about the Dell Latitude 12 7000 is the fact that it comes with a 3D Camera! The camera can determine distances and recognize objects, making it a really useful tool in certain businesses like real estate and design.

The Dell Latitude 12 7000 comes into the markets with a 5MP front camera and an 8MP back camera. The tablet comes with variants of Intel Core M3, M5 or M7 processors, and offers to the users, up to 512GB of storage space. Users can also make of up to 8GB of RAM.

It comes with two USB Type-C ports. These ports are used to charge the tablet and provide connections to peripherals. A dongle is also provided with the Dell Latitude 12 7000 which can help you connect USB 3.0 devices to the USB Type-C port.

The device comes in at $1000 for the basic model featuring 1080p, however the 4k variant is expected to cost much higher and the company has not released any details as of now. A Dell Latitude 11 has also been announced with 10.8 inches of screen and USB 3.0 ports.

The device comes with many advanced features, and like various other devices at the CES 2016, it follows the footsteps of the Microsoft Surface Pro, but outsmarts it at its own game. Dell has been coming out of their shell of traditional devices, and has now stepped up to the modern day markets.

How do you perceive this awakening to be? Do you think this device will help dell score a major win over the Surface devices? Comment below and share your opinions with us.