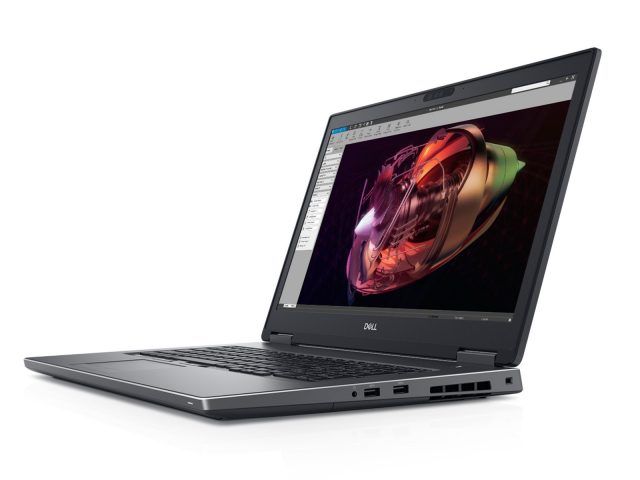 Dell Precision 7730 is one of the new mobile workstations of the American manufacturer. A computer that sets a world record in terms of memory capacity on a mobile device, boasting a whopping 128 GB of RAM, which is, actually, the highest in the history of a mobile device.

The mobile devices era has not only brought millions of smartphones and tablets to market but it has also influenced the designs of personal computers and laptops.

Also, the mobile workstations follow a clear tendency to thinner and lighter equipment that look for a greater mobility and flexibility of use with many gadgets such as Microsoft Surface series, or even the iPad Pro series, which, despite being more tablets than laptops, can substitute personal computers at any moment.

Mobility and flexibility, of course, but with high-end components and technical specs. That’s what is the Dell Precision 7730 offering.

The Precision 7730 mounts an InfinityEdge display boasting a 4K resolution and a hardware based on the 8th generation of Intel processors with the option of equipping with either Intel Core i7 models or the Xeon Mobile CPU.

Precision 7730 stands out for its whopping memory capacity, which sums up 128 Gb RAM DDR4.

Its storage capacity is not far behind and boasts 6 Tb, while in the graphics section you can equip it with the fastest dedicated professional cards for laptops, AMD Radeon WX or NVIDIA Quadro models.