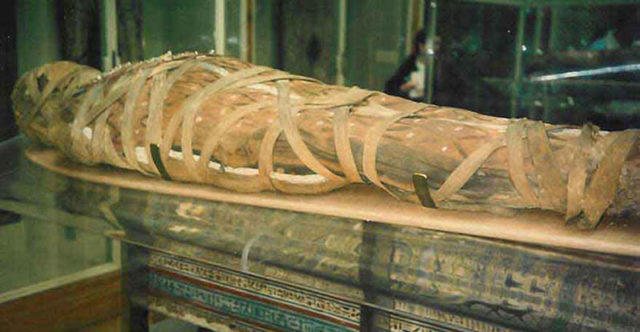 For the first time, a group of researchers analyzed DNA from a large number of mummies using a method that they believe is safe, without the risk of contamination.

In a study published on May 30 in the the journal named Nature Communications, scientists analyzed the genetic material of 151 Egyptian mummies, which were buried from 1400 BC. Until 400 BC, writes Newsweek.

They found that the genetic material of the mummies was more similar to the ancient people of the Near East and also the people of the eastern coast of the Mediterranean, such as Israel and Palestine, than to the current population of Egypt.

The analysis also suggests that “the invasions did not have such a large effect on the genetic pool as previously thought”, according to Verena Schuenemann of the University of Tübingen.

The study also shows a genetic link between ancient Egyptians and Neolithic peoples in Asia Minor and Europe.

Thus, “research has been successful where other studies on mumps DNA have failed”, says Hannes Schroeder, a Paleogenetic at the University of Copenhagen who was not involved in the study.

The mummies come from the Abusir el-Meleq archaeological site, located near the Nile River, in the center of ancient Egypt. Since all mummies come from the same area, researchers say the results cannot be generalized for other areas in southern and northern Egypt that have been more or less affected by conquests and invasions.