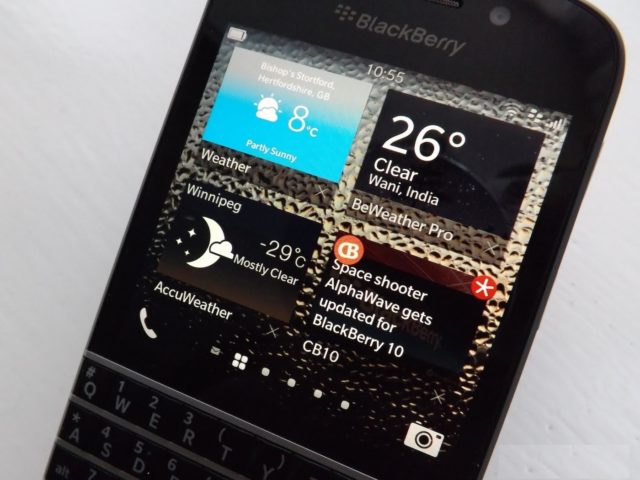 BlackBerry devices used to rule the smartphone world not so long ago. The company’s popularity slowly faded when smartphones such as Apple’s iPhone and Samsung’s Galaxy lineups appeared on the scene. On the bright side though, BlackBerry is making a comeback and its fanbase keeps on growing.

One of the things that sets BlackBerry’s devices apart from its competition is the fact that the company loves to develop its own apps. BlackBerry doesn’t like to rely only on Google to develop Android apps and this is why the company develops its own key apps such as “Weather”.

The weather app is a vital component of the user experience that BlackBerry smartphones offer. Every other smartphone ships with a similar app but there’s one thing that separates BlackBerry’s app from the others. The smartphone and software company is always updating the app with the latest features, bug fixes and security patches.

In fact, the app’s build number has just been brought up to 7022.0435.2.0. The update is available in APK form and its available for download right now. Moreover, the APK is targeted towards Android 6.0 Marshmallow devices but it requires a minimum of Android 5.0 Lollipop to run. We should also mention that the update weighs in at 22.27MB.

If there’s one thing the Weather app needs to do is to be stable and to provide users with accurate predictions. Luckily, this new update contains a couple of performance tweaks which enhance the app’s overall performance.

Considering how important the Weather app is to users since it tells them how their day is going to be like, BlackBerry needs to make sure that it always runs perfectly. Therefore, Android and BlackBerry fans are advised to download this APK update as soon as possible.