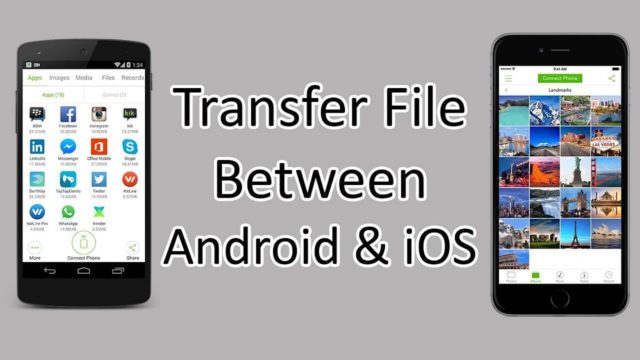 Sharing files between two devices has never been easier. Xender allows users to share any type of files between devices that are not connected through USB or a direct Wi-Fi connection and the best thing about this is that Xender supports multiple operating systems.

Therefore, Android fans can share their favorite videos and pictures with iOS fans without having to worry about their different operating systems.

The latest update for Xender brings its version up to 3.7.2 and it takes the app’s user experience to the next level. In addition, the update is focused on making the app more reliable for iPhones. The reason we are saying this is because the 3.7.2 update contains two bug fixes which remove some known iOS issues.

First off, the update solves a highly annoying issue which randomly interrupted file transfers between iPhones. This problem proved to be quite irritating but fortunately, the developers behind Xender are paying close attention to all the user feedback they are receiving and decided to patch it.

The second bug fix that’s included in this update solves an even more irritating issue. This second issue caused Xender to crash while transferring files and luckily, it has been removed. From the looks of it, Xender’s developers are doing their best to get rid of bugs and it seems like they are doing a great job.

Considering that Xender is a file transferring app, no one should be surprised to find out that its been optimized to offer insane sharing speeds.

The app goes up to 40/Mbs which is 200 times than what Bluetooth offers. With that said, it’s pretty clear why Xender is quickly becoming a “must-have” app for every iOS fan, especially since its able to transfer multiple files at the same time.