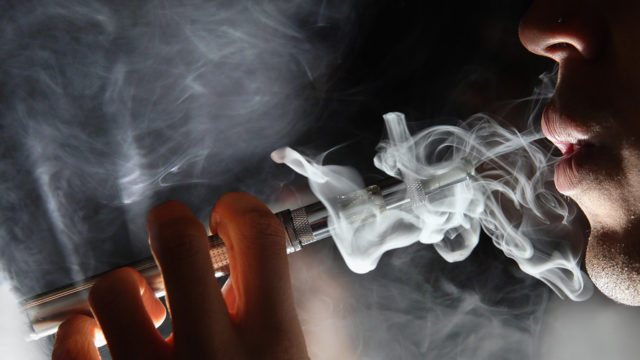 Smoking has been a bad habit among people worldwide and still is. The good news is that in America the number of smokers who quit increased to 6% from 2014 to 2015.

The San Diego School of Medicine in California had researchers lead a study on the cause of quitting smoking and they found out that e-cigarettes might have a major role.

The lead researcher Shu-Hong Zhu and director of the University’s Center for Research and Intervention in Tobacco Control said that more e-cigarette users quit cigarettes and succeeded in doing so, while the number of smokers that didn’t use e-cigarettes and quit was a lot lower. Shu-Hong Zhu also added that people should take into consideration the usage of e-cigarettes if they tried everything in order to quit and couldn’t so far.

Shu-Hong Zhu also added that people should take into consideration the usage of e-cigarettes if they tried everything in order to quit and couldn’t so far.

Shu-Hong Zhu believes that the campaign launched nationally in 2012 in order to control tobacco raised the awareness and rate of people who stopped smoking. After the campaign, they gathered data from over 160,000 people in five different studies which took place between 2001 -2015 and found out that there are only 22,500 smokers and other 2,100 people who recently quit.

But the study cannot tell us if e-cigarettes will help cigarettes smokers quit. Dr. Steven Schroeder from the Univesity of California in San Francisco, head of the Smoking Cessation Leadership Center mentions that if people use a lot of e-cigarettes, the rate of quitting smoking will increase and thus numbers will decline in the adult smokers.

Shu-Hong Zhu and Dr. Steven Schroeder believe that e-cigarettes may not be safe but are safer than normal cigarettes. In 2016 the Food and Drug Administration from the US wanted to regulate e-cigarettes but it was postponed by the Trump Administration.

Lately, there’s been a debate whether they should regulate e-cigarettes or remain a product which is consumer-driven. Most e-cigarettes contain nicotine in liquid form and they should be taxed as tobacco products.