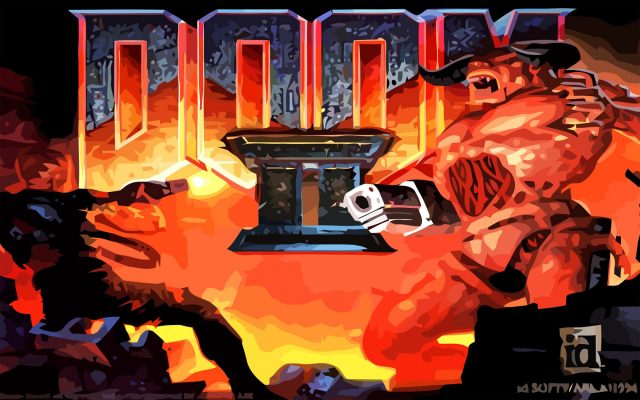 While preparations for the E3 2018 event are in full swing for publishers and developers, Bethesda Game Studios, which publishes games including DOOM, Skyrim, Fallout or The Elder Scrolls Online, is struggling to meet the demands of players at this emblematic event for the world of video games. This time, Bethesda may surprise the gamers with the announcement of DOOM 2: Hell of Earth, which was teased by Pete Hines during an interview.

If the announcement is not specific, the rumors are already starting to swell.

Indeed, during his interview with Dualshocker, Pete Hines announced that in E3 2018, it will be “Hell on Earth” for Bethesda.

This term may be considered a metaphor by many but may also be a disguised announcement.

For those younger ones of you, the original Doom 2, released by ID Software in ’94, was dubbed as “Doom 2: Hell on Earth”.

Gamers from around the world consider this a clear announcement of a future Doom 2 release since it was emitted by Pete Hines, the marketing manager of Bethesda which we can easily imagine all the precautions taken before releasing this little discrete leak that only insiders can collect.

E3 2018 Event – The main event of the year for the video games industry and Bethesda, as well

We do not clearly know more about the Bethesda’s line-up that will be proposed at the E3 2018.

Pete Hines assures that there will be a few all styles and novelties.

But one thing is certain, namely, the E3 is the rendezvous not to be missed, so Bethesda has everything to gain from introducing sequels, remakes, reboots, new licenses, VR adapted games, unpublished Switch portabilities, and so on.

We will obviously have to pay attention to what the Studio will propose during this E3 2018 event, hoping to have more information by then to prepare for what awaits us.

Now, in the end, we must admit that any remake or even a totally new game but with that long-forgotten old-school FPS feeling delivered by Doom 2: Hell On Earth, back in ’94, would be great to happen and Bethesda will definitely be the right studio for such a game.